Yes-we were back on Nantucket!

It started off as one last summer weekend hoorah before Courtney goes off to school but oddly enough, well maybe not so oddly, we mixed in some easy going swimming.

The weekend was chosen with a primary goal in mind that Courtney could see her long time bestie Lucy who was on Nantucket for the summer. They could make this their annual tradition of tea with their moms. Oddly enough, well maybe not so oddly, it was the same weekend as Swim Across America Nantucket. The secondary goals were maybe the girls and I could do SAA together and maybe, just maybe I could find another pool to swim in. I’m happy to report all goals were accomplished.

First up was Westmoor Club. The club was founded in 2005 with the original clubhouse built as Alice Vanderbilt’s home in 1917-that’s old! The ladies both the elders (moms) and youngers (daugthers) lunched and I was able to sneak in a swim. 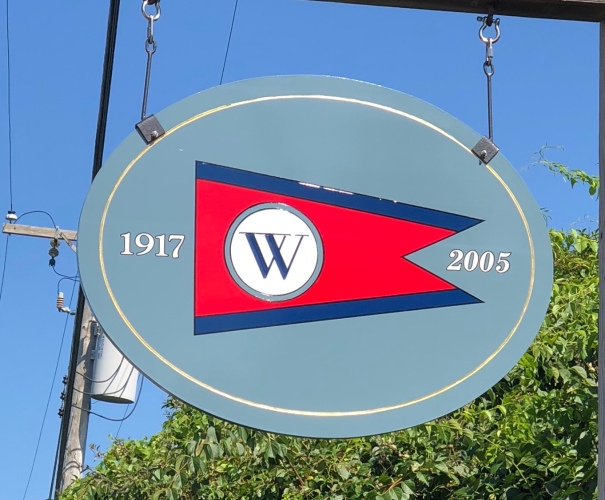 It’s a beautiful club with two pools that are anything but old. I swam in the four lane adult lap pool very much secluded by boxed hedges and hydrangeas away from the family pool. When I got in the water I was the only one in the pool and by the end there was a whooping four people swimming.

It was a lovely and relaxing 2,500 yards. As always a special shout out to the G’s for providing access to another great pool and setting on Nantucket (see prior blog #33-Live and Let Dionis ).  Thank you. I appreciate it! 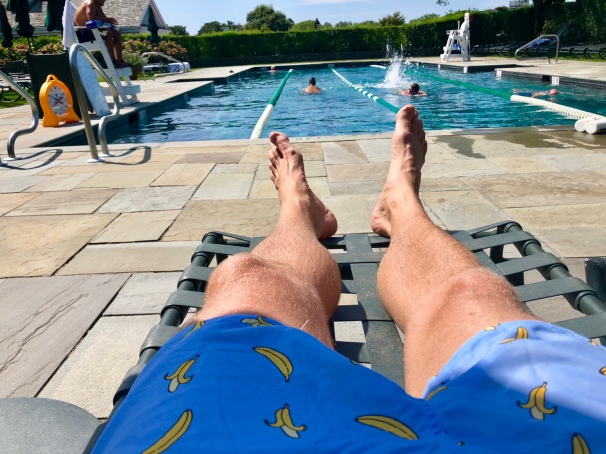 While a new pool is always a highlight for another notch in my goggle case the big highlight of this adventure was Swim Across America Nantucket.

Courtney and Lucy both like water however Lucy is is more fond of frozen water. Yup-I mean she likes ice. Lucy is a very talented figure skater (⛸) that hasn’t done lap swimming since the girls were on the Red Waves in elementary school-a long time ago. The one mile open water swim would test both girls athletic stamina as Courtney hasn’t swum since the end of high school swim season.

Despite some early chatter by the girls about regular training in advance of this event I am not sure how much training actually took place 😉.  Importantly, on game day they were ready to make waves to fight cancer. 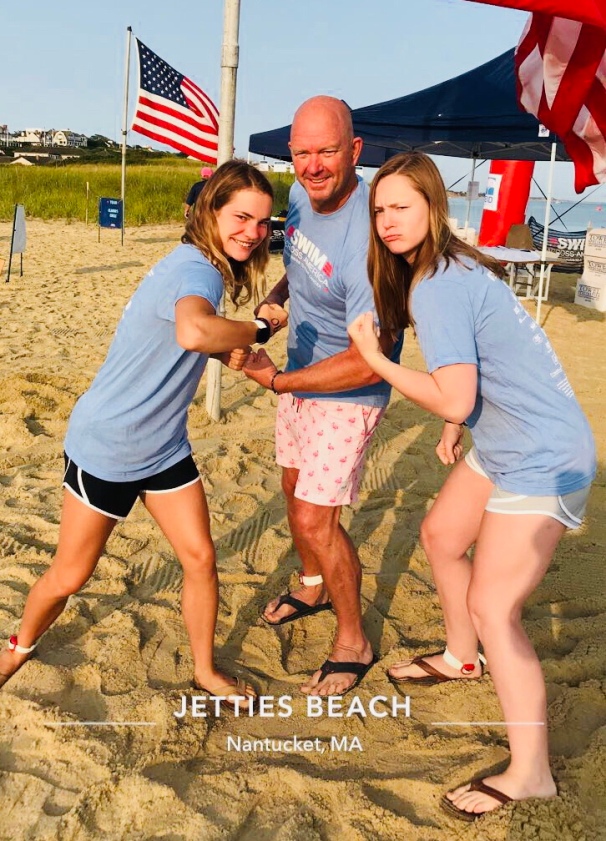 It was a gorgeous morning at Jetties Beach with beautiful sunlight from the sunrise and pristine flat water. The SAA set up on the beach and the community feel of this event was going to be a great first SAA swim for Courts and Lucy.

When the horn went off the three of us were ready to go!  We waded out quite far as the tide was just coming in. 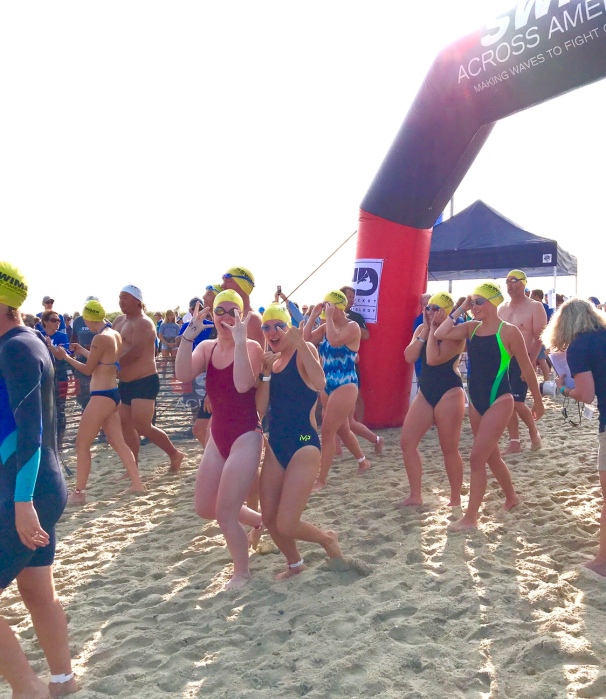 The water temp was great and we all swam together for a bit. Courts was all jacked up and ready to go and took off  with the pack.  Lucy and I decided to take it easy and swim together.  With one lap of the two lap swim nearly done Lucy said, “we’re almost done-right?” I informed her that uhhh…no we still have another lap. She groaned said she was tired and put her head back in the water and kept going.  On the second lap when she dove down twice and picked up good sized crabs (🦀🦀) and threw them me I knew she wasn’t really that tired and that she would successfully complete the swim.

The three of us made it to the finish line and we celebrated with some high fives and donuts!

Post swim we got to hear stories from swimmers, cancer patients and doctors as to how the $415,000 (that’s a lot of money for a one mile swim) raised has been and will be used for cancer patients at Nantucket’s Cottage Hospital. SAA Nantucket is a special community event that I will continue to do in the future.

It was so fun for me to be out in the water swimming with Courtney and Lucy, two girls that have been friends since they were 5 years old.  I have been fortunate to watch them grow up from silly young girls to be the spirited, interesting, engaging and yes, still silly young ladies they are today. Their futures are bright!

We will be bACK!