Pangaea was the awe inspiring supercontinent that broke apart during the Paleozoic and Mesozoic era.  That was a bazillion years ago! 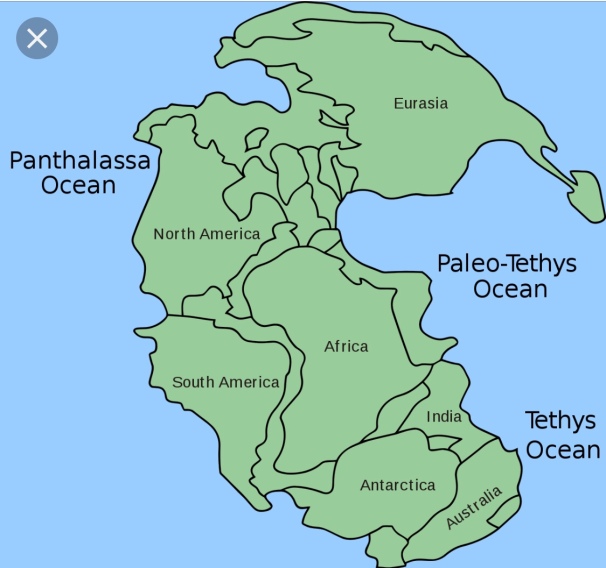 Depending on your definition it broke into seven or eight major tectonic plates.  How mind boggling is that?  Never once in my life have I thought of swimming across a tectonic plate until…legendary San Francisco surfer Chris B (see prior blog-High on a hill, it calls to me…) planted the seed or should I say, laid down the challenge.

As you know per my most recent blog we spent our family vacation in Northern California at Stinson Beach just across the Golden Gate from San Francisco.  This area is fraught with tectonic plate movement, witness the Great San Francisco Earthquake of 1906 and the Loma Prieta Earthquake of 1989.

Surf dude Chris, came to visit us and pointed out that literally less than a half a mile from our oceanside bungalow was the divide from the North American Tectonic Plate and the Pacific Tectonic Plate.  This divide was the narrow body of water between Stinson Beach and the former hippy enclave of Bolinas~just across the San Andreas Fault line. How crazy is that? 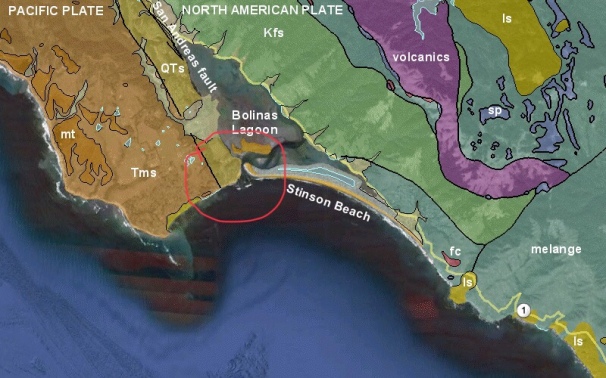 With some brief deliberation we decided that the swim was a “green light” and that it wouldn’t require any support.  Chris, my boys and I drove to the end of the beach road. They walked left to surf  and I walked right to make this once in a lifetime epic crossing. swim. 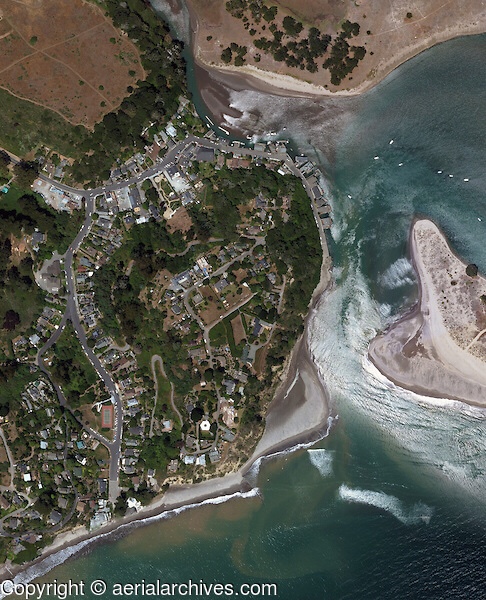 As I waded into the brisk Pacific Ocean to start the swim in boardshorts, sans goggles I noticed a seal bobbing in the water.  In those waters that wasn’t super confidence inspiring (you know what I mean?).  I then saw Chris wetsuit clad with his surfboard in tow walking down the beach to shepherd me across the maybe 100 yards of rushing water into the Bolinas Lagoon from the North American Tectonic Plate to the Pacific Tectonic Plate.

Together we crossed the divide, did a congratulatory jig and then timed our course back to the North American Plate with the strong current. Wow-what a feeling to swim across two Tectonic Plates and over the San Andreas Fault!?!  Who would have ever thought? 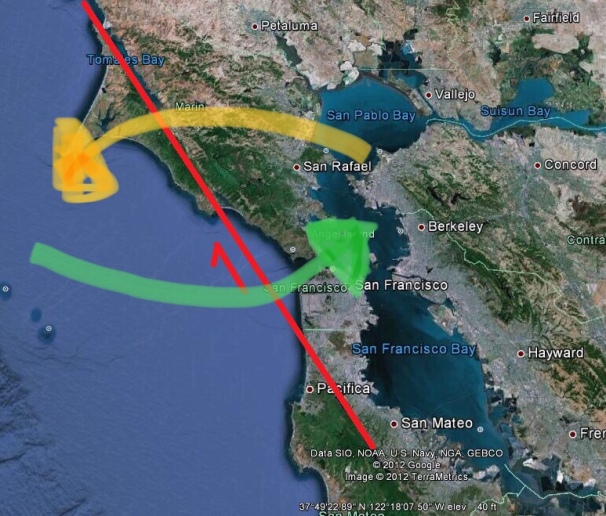 The big swim lesson learned on this vacation was that an epic, once in a lifetime swim, can happen at anytime if you listen to others and avail yourself to their experience and enthusiasm.

I have also learned in doing research for this blog that I have already swum from one Tectonic Plate to another.  Little did I know that in 2016 when I swam across the Strait of Gibraltar that I swam from the Eurasian Plate to the African Plate.  Who knew?

Maybe a long-term goal should be to swim across all the Tectonic Plates. Why not?

Thank you Chris for the inspiration.

(Chris-this picture today still inspires me. Why, I don’t know)

(Chris @ Stinson Beach getting ready to shred the gnar)