Where does the time go? It’s hard to believe that I am sitting down to blog about the year in review.  Looking back at many of the blogposts they still feel real and fresh in my mind. I guess when you love what you are doing and who you are doing it with the memories stay with you longer.

Ok, so lets first nail down the hard facts.  Through out the course of the year I swam a total of 1,163,510 yards in pools and open water.  For my west coast readers that is equivalent of 661 miles or nearly the distance from Redding, California to Tijuana, Mexico. This hypothetical journey would have taken me across international borders. Thankfully, there wasn’t a big beautiful wall to impede my progress. Apologies for the wee political digression. There were a total of 232 swimming sessions for a cumulative 336 hours. I surpassed my 2017 goal of 600 miles by 10%. As always I had a blog goal of 24 posts and this posting will put me at 25. Also, a new makeover and name for my silly blog.

I swam in a total of 15 new pools in eight states-Washington, Oregon, California, Arizona, Colorado, Texas, Rhode Island, Massachusetts and one foreign locale Barcelona, Spain.  There was plenty of open water time state side from Laguna Beach to Aquatic Park in San Francisco, Boulder Resevoir, Colorado and locally in Southie and Nahant. Further abroad it was Platja Barceloneta and of course Dover Harbor and the English Channel.

Clearly, the highlight of the year swimming wise was swimming solo across the English Channel.  A successful crossing, the fastest American swimmer in 2017, a great crew, Coach Chloe, Sea Purse, support from family and friends…I could go on and on. Check out my blogpost “Captain of My Soul” dated September 28th for the blow by blow account. 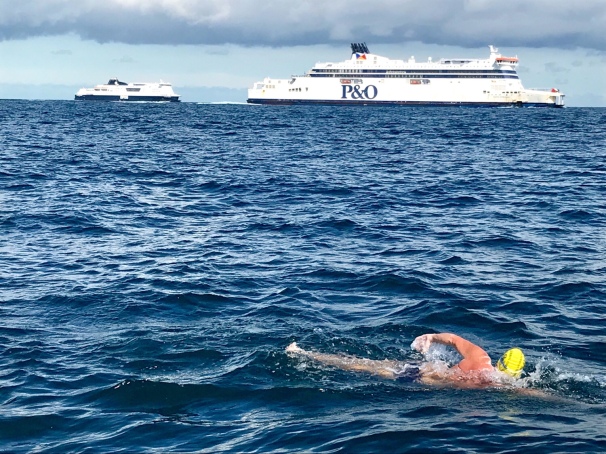 (Somewhere in the middle of the English Channel) 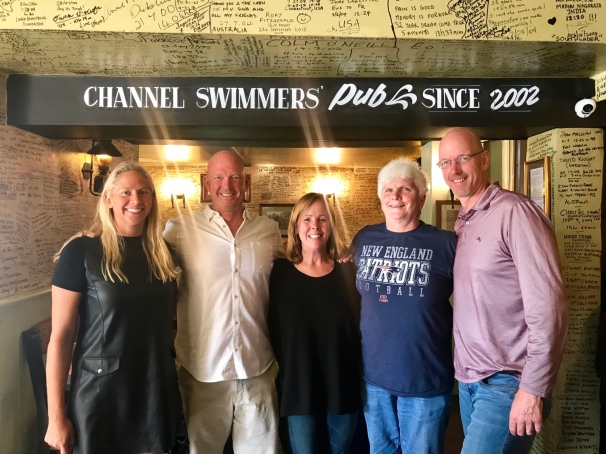 There were many swimming highlights close behind but a couple that jump out are a bi-coastal day, swimming at Wayland Masters in the  pool in the morning and later that afternoon in open water in Laguna Beach…ahhh (blogpost-4/20/2017). 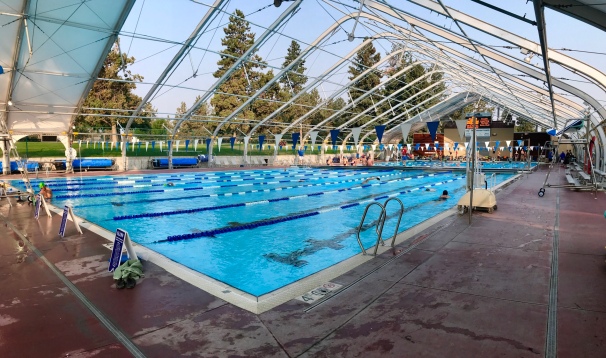 Beyond these events and more importantly are my swimming friends that make me happy.  There is the usual gang at MIT Masters and now a new group of friends at Wayland Masters–a fun bunch with great workouts led by Coach Jen. New and old open water friends in Boston’s like Maura, Jen, Tommy, Amy, Elaine, etc that helped me train for the English Channel.  A special shout must go out to my friend Andy who kayaked for 6 hours during my qualifying swim-a challenging day for both of us (blogpost-6/11/2017)…a good friend, indeed.

Beyond swimming there are a couple of family milestones that need to be called out in 2017. First, was Ryan’s graduation from the University of Southern California. We all flew to Los Angeles to celebrate in style. 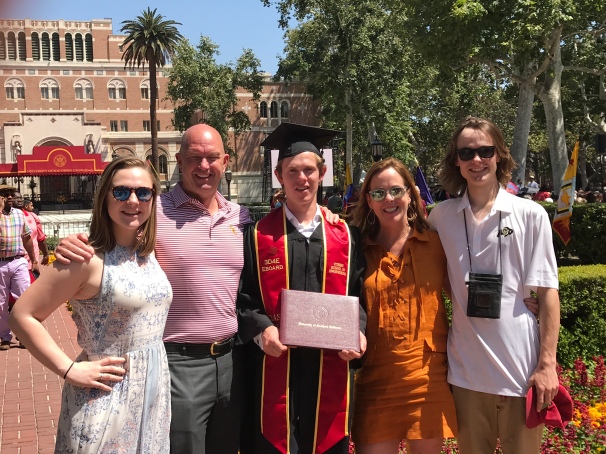 Second was a Burrow Family Reunion in Bend to celebrate Pa’s 80th birthday. It was a fun filled week of pool time, biking, tubing down the river, snipe hunts and corn hole tournaments. 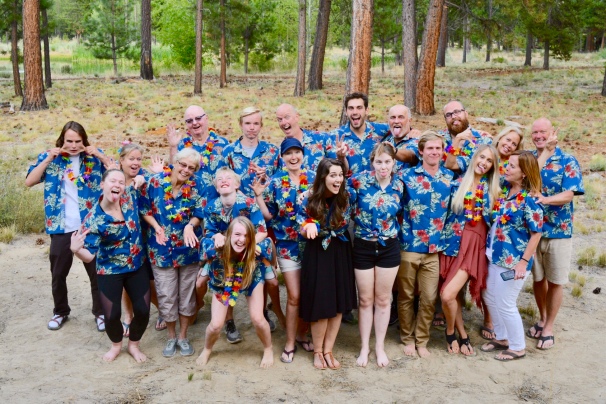 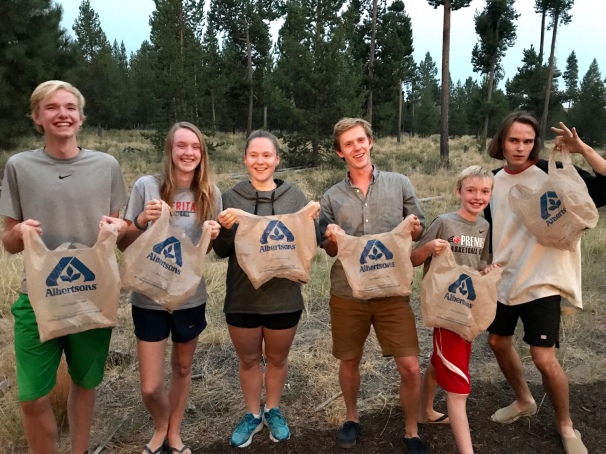 Reflecting back on the year as whole it is more clear to me than ever that it isn’t the destination but it’s the journey that counts in the measuring the success of almost anything.

While my 2018 swimming goals aren’t as fully baked as they were going in 2017 I am certain that I need to focus more on the journey and not the destination itself.