USC’s Family Weekend coincided with a  football match up between the the Trojan’s and the Buff’s. It was a great excuse for a family get-a-away in Los Angeles with Sean flying in from Boulder and Shannon, Courtney and I making the trek from Boston.  We rented a house in Venice to serve as home base to shoot into campus and to new pools and open water venues.

First up was pool #81 at the Spieker Aquatic Center on the north side of UCLA’s beautiful campus. My friend Jacki, encouraged me to go to the 6:45am Bruins Master practice. I am sure glad she did as I was rewarded with the gorgeous colors of the sunrise reflecting off the water of this great outdoor pool.  Not only did I get a solid workout in I met a new friend and got to hot tub with Jacki post swim practice. Southern Californian masters swimmers sure have it pretty good! 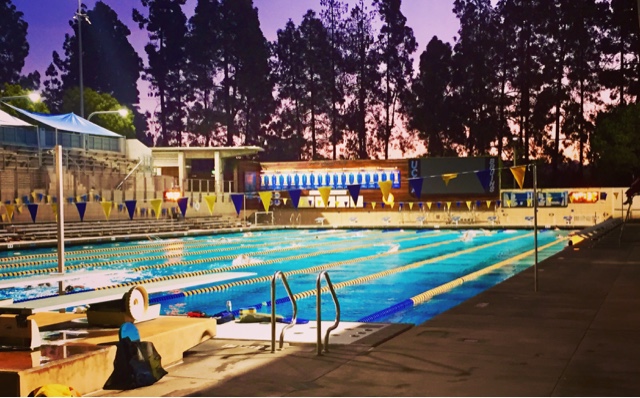 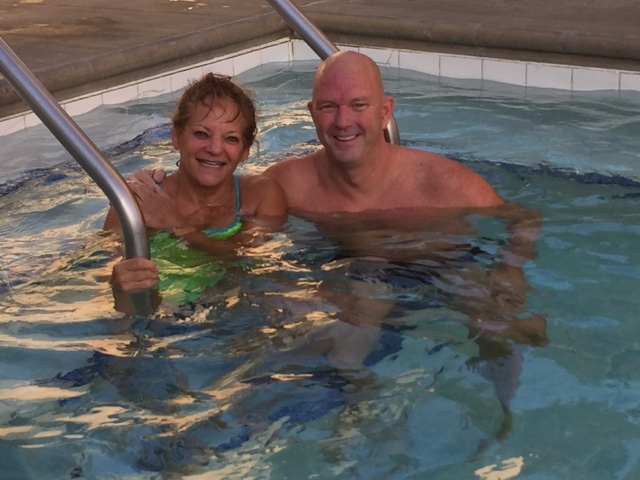 On the weekend I was told that open water swimmers meet on the beach at Tower 26 (lifeguard tower) just south of the Santa Monica Pier in the mornings for organized swims.  I loosely hooked up with a couple of swimmer and swam just over a mile. The water felt good at a temperate 68 degrees. 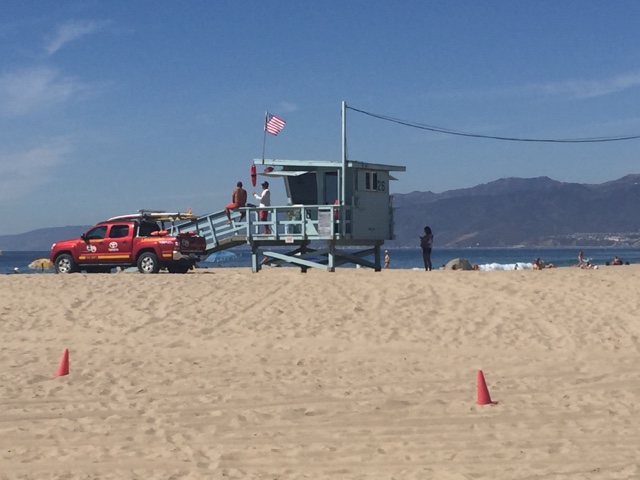 On Monday,  I headed south on the 405 to hit  pool #82 the Belmont Pool in Long Beach.  The Belmont Pool is a temporary 50m outdoor pool just off the beach in Belmont Shores area. The original pool was home to Olympic Trials and many national competitions. It was also where I swam many, many years ago with our friends the Walkers. I swam 4000 yards outdoors. It felt great however I think I got to much sun on my head. 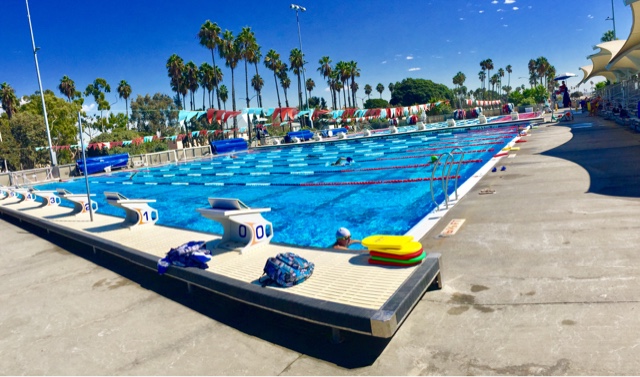 It was then off to Orange County for some open watering swimming a couple hours later at Big Corona Beach in Corona Del Mar.  Yup-doubles!  The guard shack said the temp was 68. I swam for I would say just over a mile and got out as I was tired of swimming by myself in the ocean…and my mind began to wander.  It was a perfect Southern California day weather wise. 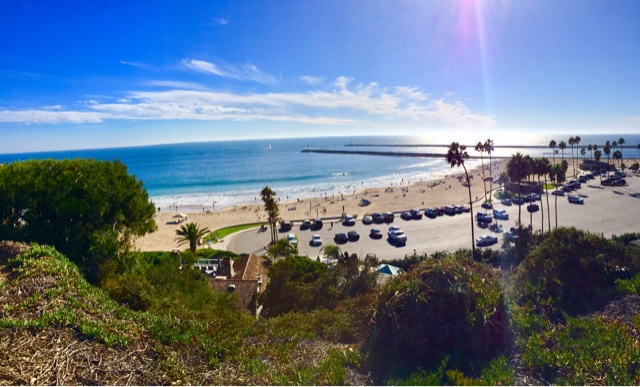 I spent the night in my old stomping grounds of Laguna Beach. Watched a stunning sunset and had dinner with a friend.  In the morning there was marine layer and it was a bit cool. I forced myself to go for a 1.5 mile swim  nonetheless from the Pacific Edge Hotel to the cliff just below Las Brisas and back. My guess was that the water was a bit cooler than what it had been further up the coast. It was then off to the airport to go to Phoenix for work.  Great outdoor swims in both the pool and in the Pacific Ocean. 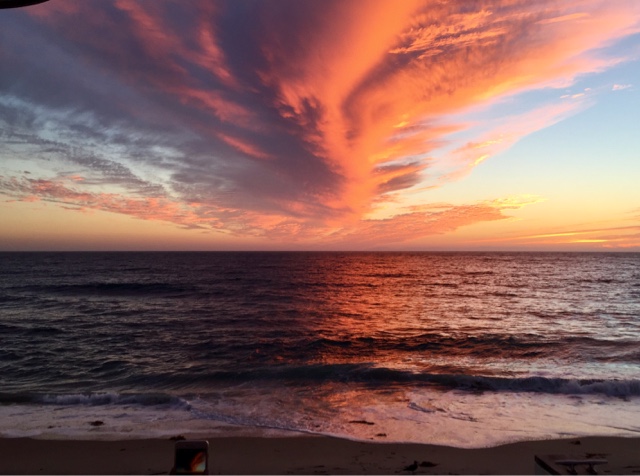 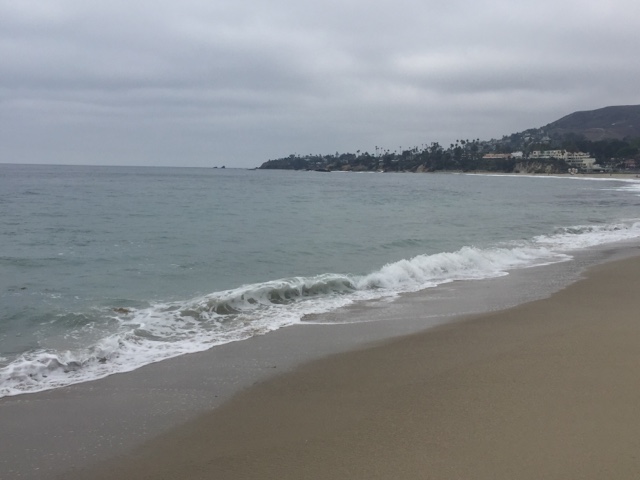 It was great to be together as a family. We had some fun dinners out, did some tailgating at The Bungalows with Ryan his friends and watched some good football. The boys wore their school colors, Courtney chose SC colors and Shannon and I repped the purple and gold of the #5 team in the country the University of Washington Huskies. Fun times! 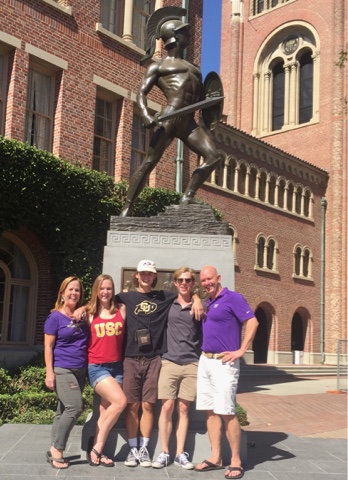 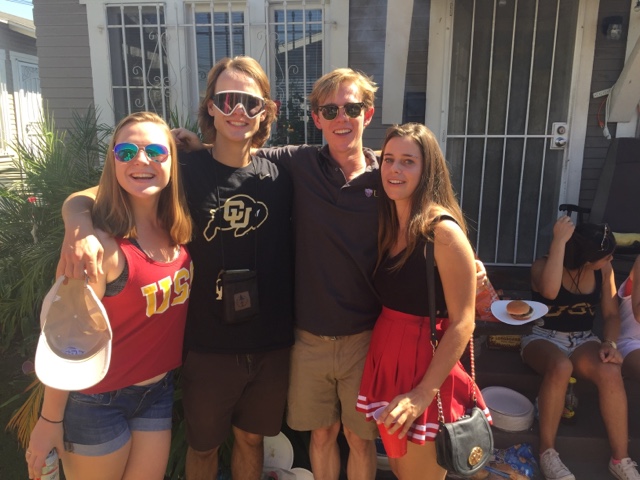 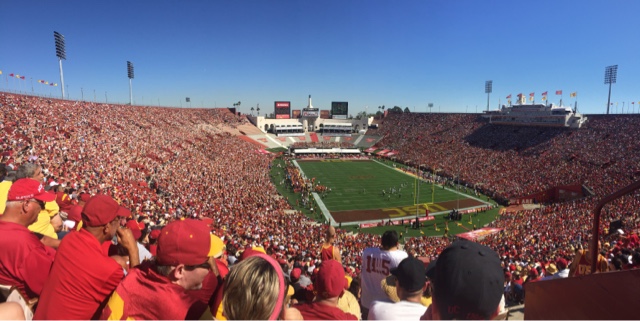 For sure we will be Going Back to Cali… 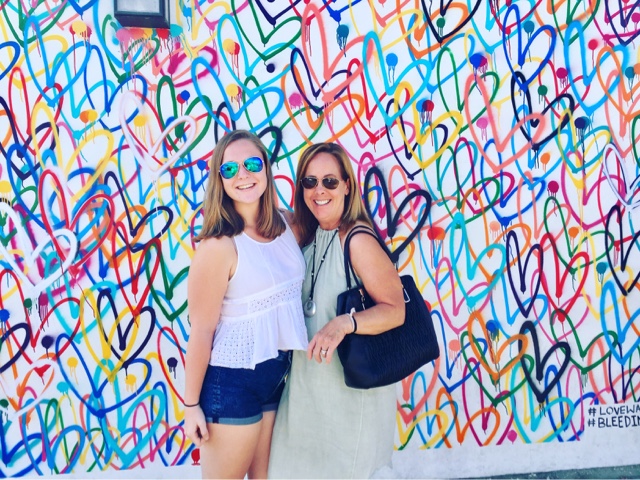 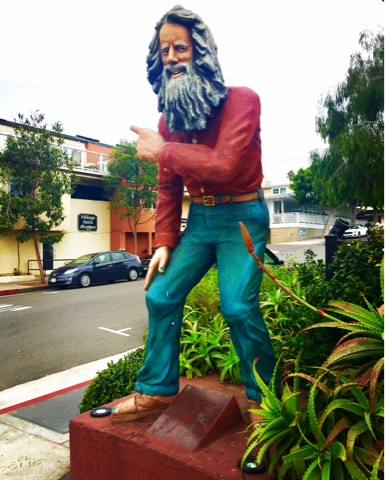 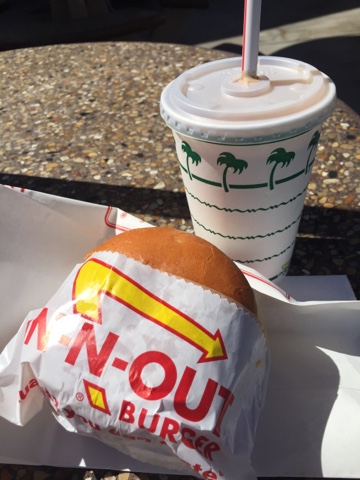