The New Year has started off and one would assume I am needy and seeking positive affirmations with the title of my blog.

Quite the contrary “Fishing for Compliments” is the name of my new swim suit from Australia made by Budgy Smuggler. It was Christmas gift from Shannon.* Isn’t it low key and demure? 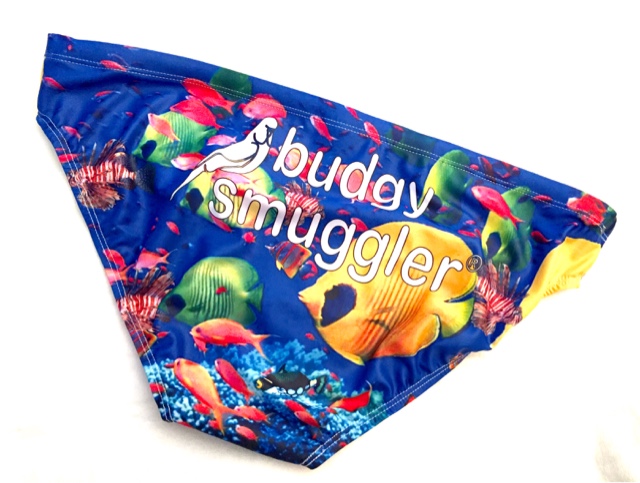 If compliments are being given they should centered around a collective effort of swimming 100×100’s. To officially start the swimming year off with a bang I swam 100×100’s on January 3rd with Cambridge Masters at Harvard’s Blodgett Pool. There was a record crowd of 100 plus swimmers. With a bit of coaxing I swam in the 1:25 pace lane (5 seconds faster than planned). We started with 7 swimmers and ended with 2. It got a little ugly at the end as swimmers dropped out and we had to swim faster to keep to the original interval. Great it way to kick off the year!
The real compliments I am fishing for are for our hard working 15 year old girl, Courtney. She spent her Christmas break training with her high school swim team. Her early season hard work paid off as she accomplished one of her goals of moving from group 2 to group 1.  She also completed the dreaded triple threat; the continuous one hour swim, 10×100’s an all anerobic set and 100×100’s. For my non-swimming readers 100×100’s is a big deal. It’s 10,000 yards or 5.68 miles all at one time in less than three hours. Looking forward to seeing the fruits of her effort at seasons end. 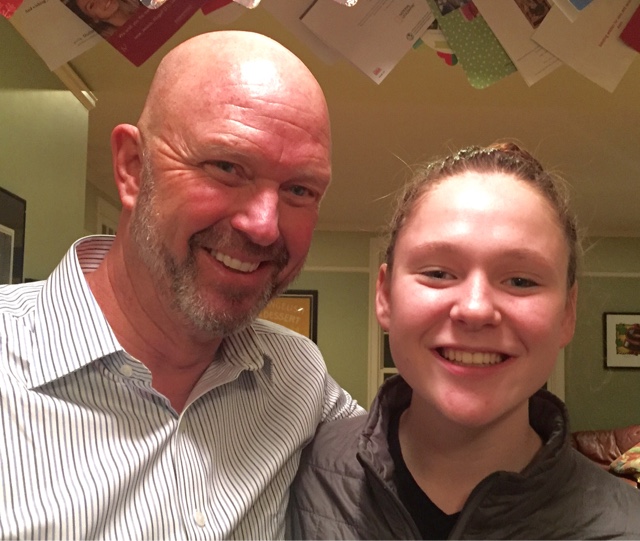 With all her hard work in everything she does from athletics, academics to building relationships and helping others I know it will pay off big time at some point in the future for our sweet girl.
Here’s to ringing 2016 in style with father and daughter swimming 100×100’s. 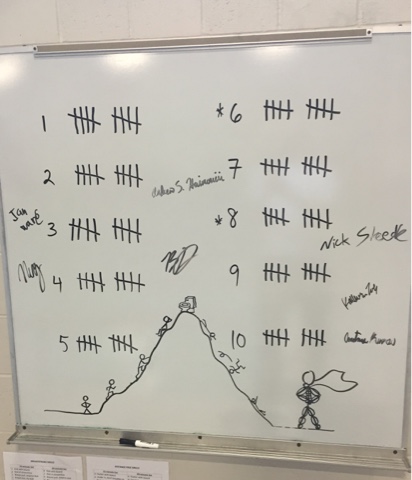 *Actually I bought the swim suit and Shannon wrapped it up.