It’s not too often in sport you can say, “I participated in the first ever…”. Yesterday, I had the chance to swim in the inaugural Swim Around Lido Key swim (7 miles) in Sarasota, Florida.  The beaches are beautiful white sand and turquoise blue warm waters. I stayed with my old friend and former boss,Bob that lives on Bird Key very nearby.

Due to the distance everyone was required to have a kayak support to supply nutrition and to guide the way. I met my volunteer kayaker Pat the night before at  pre-registration at the Daiquiri Deck. He swims on the local masters team and he was great.
Things kicked off pretty early in the morning with body marking and getting our supplies organized in the kayak. The nice sunrise was a good omen for the day. 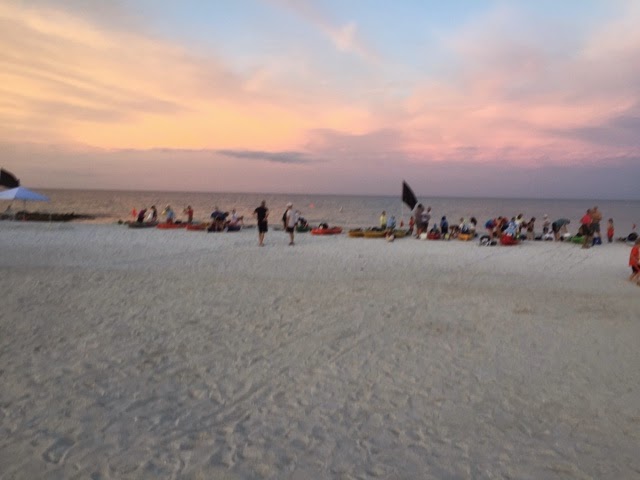 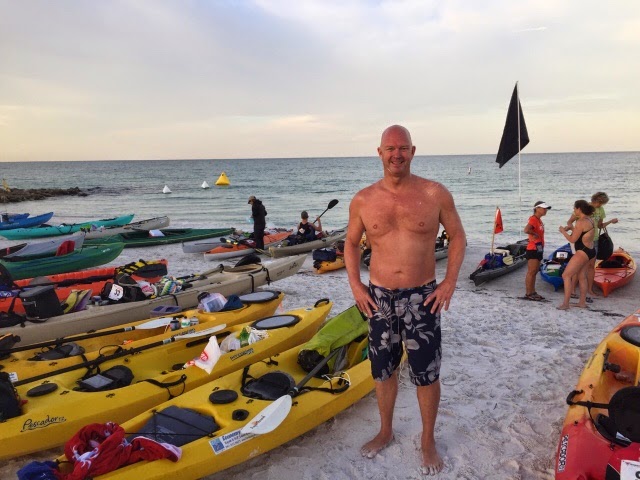 It was a mass start of 100 people. The first goal was to swim out to find our kayakers.  I found Pat pretty easily amongst the swam of kayakers and we settled in a nice groove.  At about 2-2.5 miles we hit the channel between Lido and Longboat Key. The water was moving pretty good and I picked up the pace a bit with the favorable current. 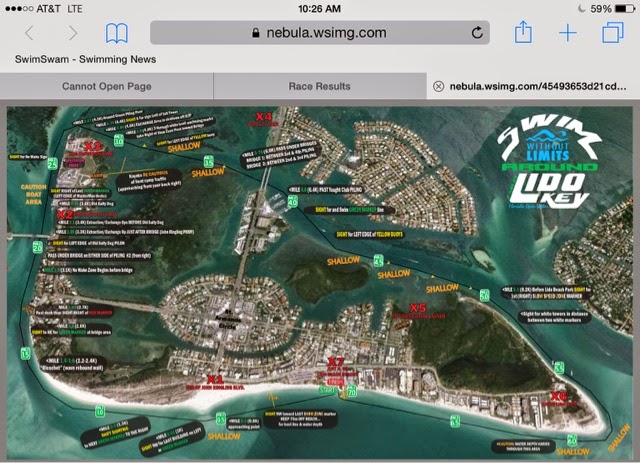 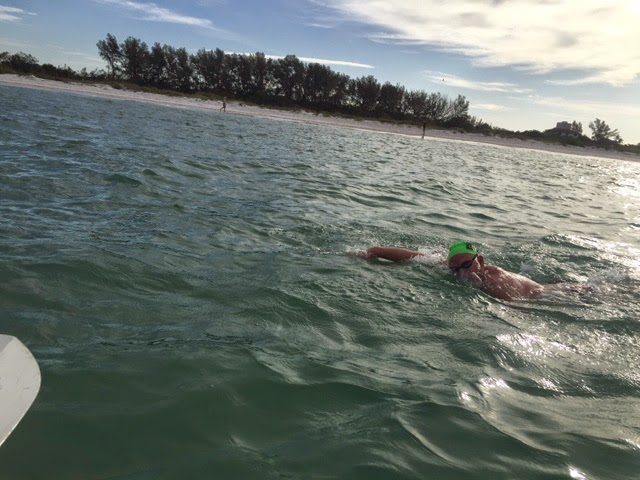 The plan was to feed after the first 45 minutes and then every 30 minutes thereafter. We made the turn around Lido Key and began heading south toward the Bird Key bridge and the deeper waters (kinda) between Lido and Bird Key. 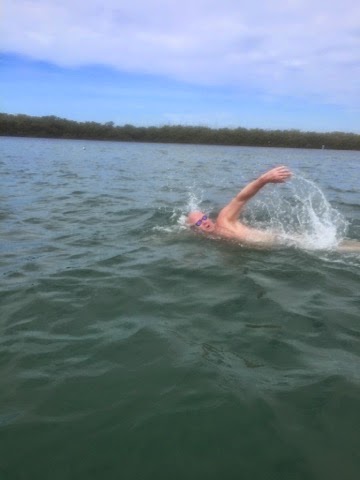 It was on this back side around 5.0 miles I felt my shoulders begin to feel a bit sore (wish I had taken Aleve before-oh well). The fine white sand beaches approaching the turn back to the Gulf of Mexico were busy and at this point my shoulders were for sure sore. 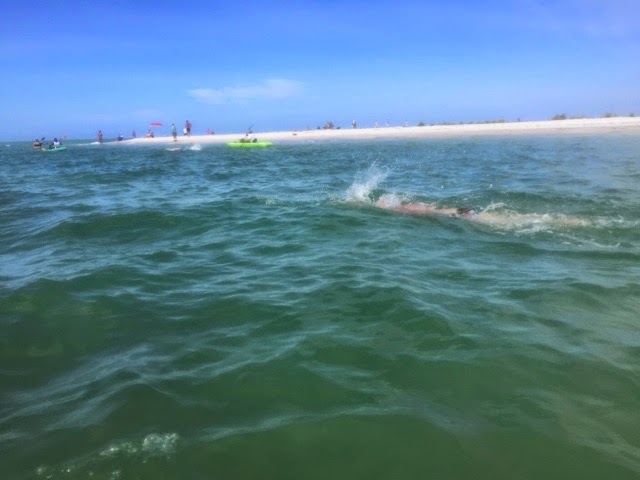 With 1.5 miles to go there was never any doubt I would make it but I would have to count strokes to keep my mind off the shoulders. Eventually the last tetrahedron buoy to the finish was in sight and I was able to catch the swimmer ahead of me and beat him at the finish. 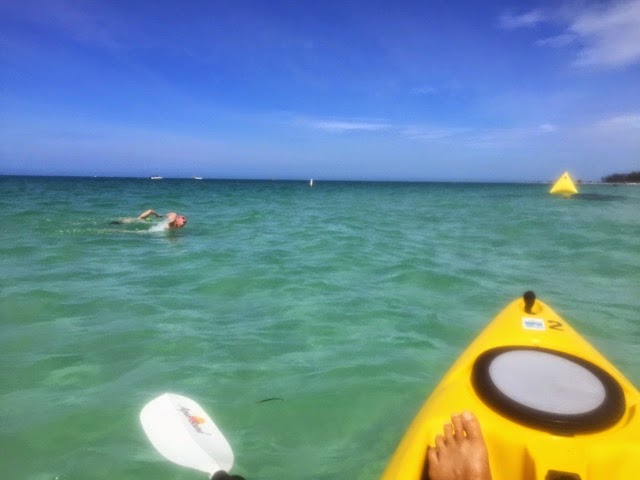 It was great to be finished and standing vertical on terra firma drinking fresh water. I was greeted at the finish by my kayaker, Pat and my friend Bob. 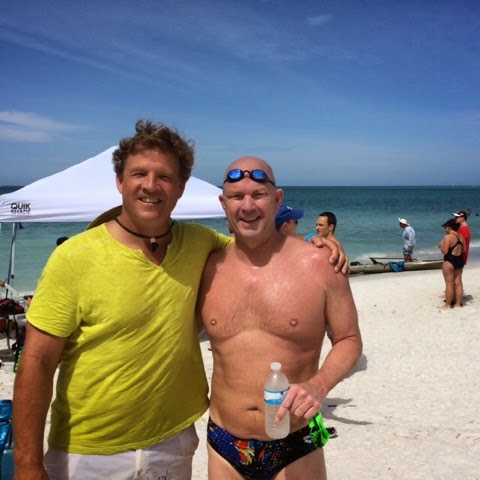 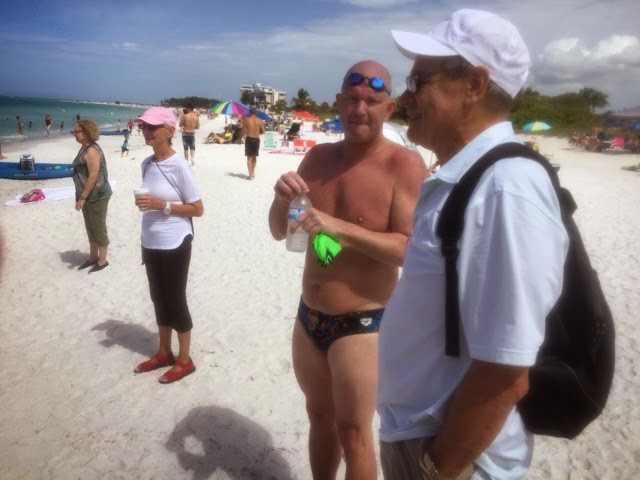 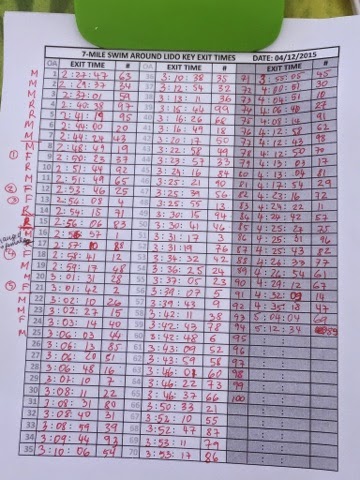 There was the post race after party with beer donated by a local micro-brew and Mexican food by Chipolte.  All in all, it was a great day! The event organizers should feel very good about the turnout and how well run the event was-top notch. I would recommend the swim for sure to others. 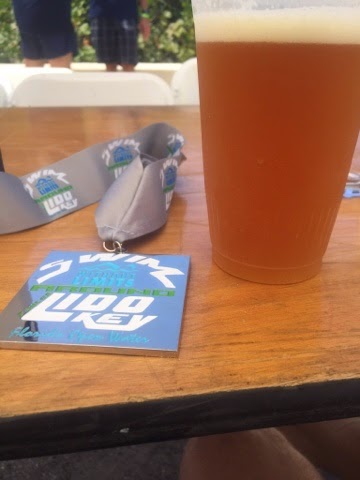 Pool #64 Lido Beach Public Pool
Between the parking lot and the start of the swim I had spied and five lane 25 yard pool. Pre-race I thought I would hit the pool on the way out. Post race I wasn’t thinking that was such a good I idea! I walked by the pool on my way to the car to leave…and then turned around back to the pool. I’m glad I did as it was a refreshing 150 yard swim and I got to check off another pool. 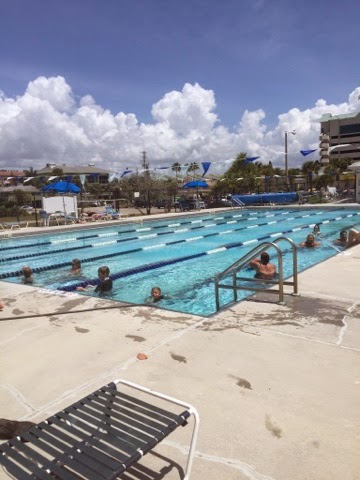