Wow-what a week for swimming in Massachusetts! First, with scuttled winter vacation plans I needed to keep things interesting so I set a goal to swim 38,000 yards in five days. The goal was to swim 10,000 yards on, Monday, Wednesday and Friday and 4,000 yards on Tuesday and Thursday.  I did it-a bit sore and stiff some days and slept like a baby every night. I guess you would say it was the “anti-vacation”.

Second and certainly, most important was the huge success of the Weston Red Tide swimming and diving team. The Lady GLOWS won the MIAA D-2 State Championship for the first time in 40 years! With the strong leadership of the senior ladies and a hard charging group of sophomores they set the tone for a perfect undefeated season. I’m so happy that as a freshmen Courtney was introduced to this special swim program.
A week delay in the boys state champ meet due to historic snow and blizzards allowed our men to grow and prepare for the big meet. Graduating, 11 of 15 state qualifiers from the year before left the Tide with a rag-tag electic group of guys to start the season. A short high school season of working hard, teamwork and focusing on the right things led to the men’s 23rd state title! Who would have thought this possible at the beginning of the season? 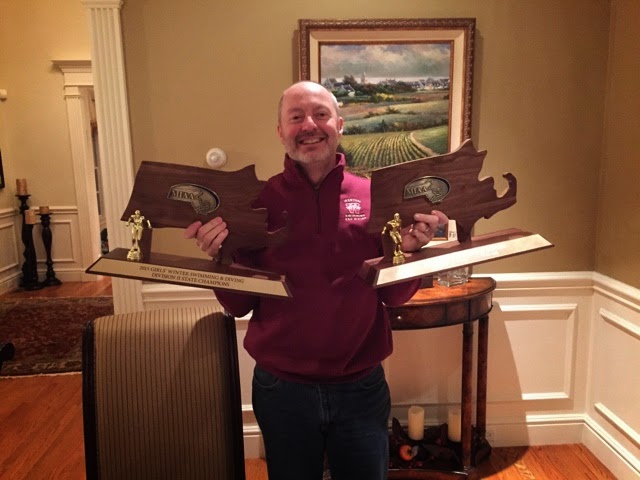 Coach Valle holding the hardware for both State titles

Sean our diver/swimmer boy had a transformative year! Last season, he was principally a diver and swam some 50’s here and there. This season, he did a lot of both! Due to the make up of this years team Sean was called upon to swim quite a bit alongside his diving. The Weston vs Wayland meet was where it really took shape with a 52.5 in the 100 free. For the balance of the  dual meet season he dove and participated in three swimming events either on the relays or individual events depending on where the team needed him.

The championship season is where it gets a bit tricky for a diver/swimmer as the divining meet and the swimming meet run concurrently. Sean would have to go between the pool and the diving well changing from a tech suit for swimming to his speedo for diving. At times, it was like watching a three ring circus between the pool, the well and the locker room. Your blogger was his handler.

Sean had a great State meet swimming anchor (yes-a diver swimming anchor) in both the 200 free relay and the 200 medley relay.  The free relay got third (1:30.49) and the medley relay smoked the field with an All-American consideration time of 1:37.24. Sean split a 22.68. He swam a 23.01 in the 50 free placing 12th.  Very respectable for a diver that spends more time in the hot tub than swimming laps. 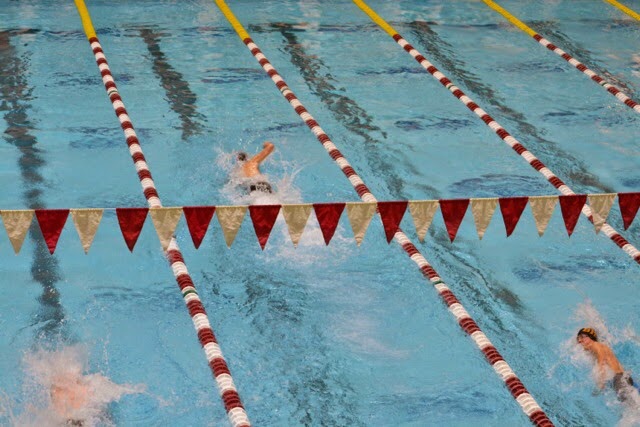 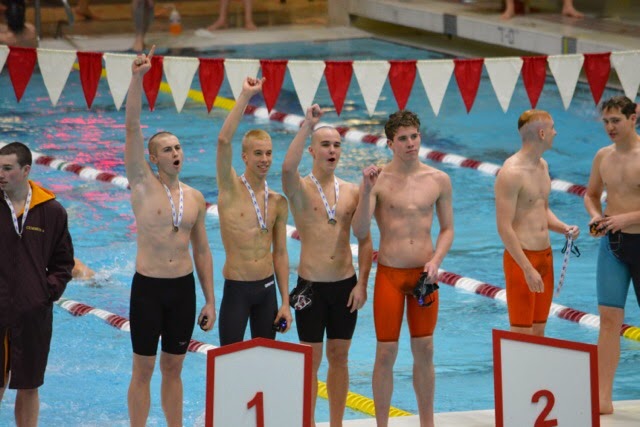 Diving went well placing 10th in a deep field with athletes that principally dive. For his first dive he wore his tech suit and changed back and forth to his speedo for the remaining dives.  There were several times he had to do multiple dives within a short period of time to catch up with the rotation.  Sean does very well under this type of pressure. His final eleven dive score was 398. 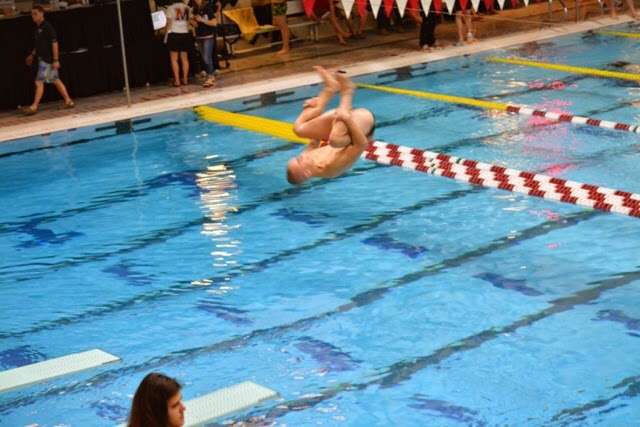 It was a great meet with the boys winning their fourth state title in a row and their 23rd in 33 years (69%). 100% lifetime best swims. Everybody qualified kid scored at the meet. Unprecedented! 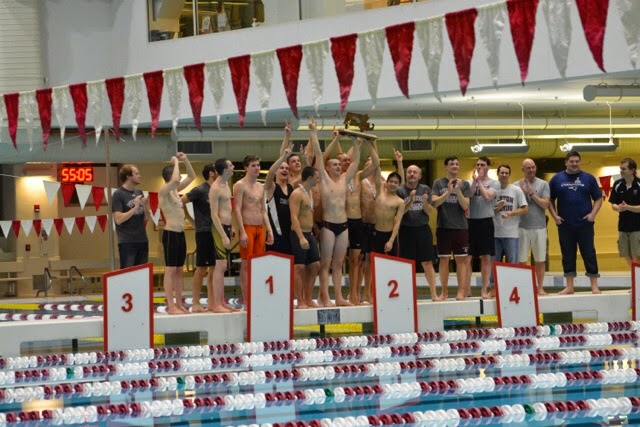 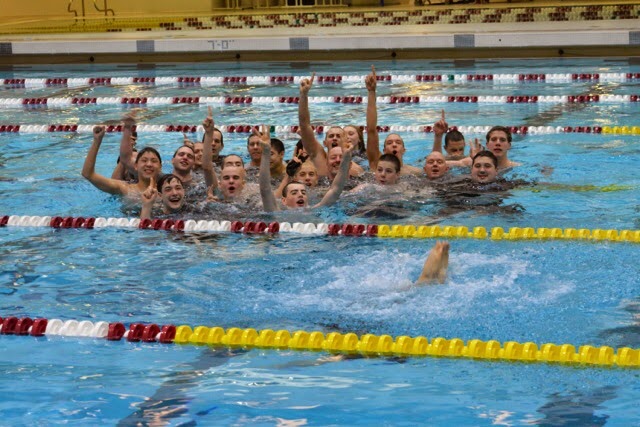 Another great season! See you next year… 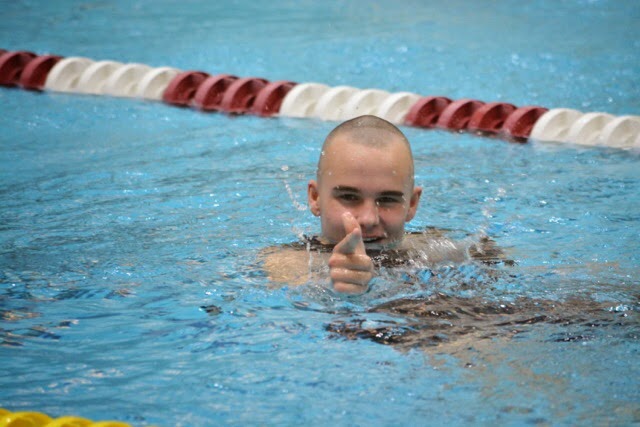