Skip to content
Well the end of January is sure going out with a bang.
January always brings the One Hour Postal Swim.  The One Hour Postal swim is a USMS organized event where masters swim clubs across the country encourage team members to see how far they can swim in one hour.  The total yardage is added up for the all LMSC’s and the one with the most yardage wins.
Our Tech Masters one hour swim was on January 25th.While I had been feeling poorly the few days before and was taking medication for bronchitis I had to–get it done.  I swam side by side with my faithful sidekick KT. We banged out 4355 yards which was ok. It was one of the final criteria that I needed to complete for my application for the Manhattan Island Marathon Swim this summer.  We shall see if it was far enough for me to qualify for the race versus a solo swim.
I hope the New England Masters wins the One Hour Swim challenge again! 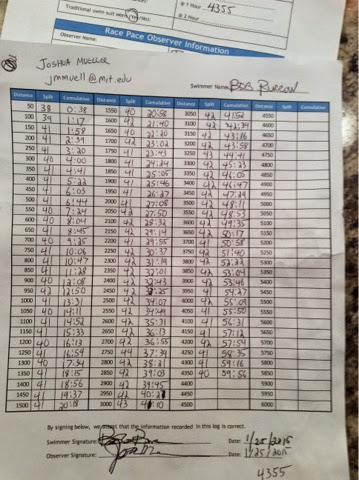 The other big news of late January is Juno the Blizzard of 2015. There was talk over the weekend of a storm but by Monday the state was preparing for what was being touted as an epic storm.  On Monday night the 26th a travel ban was put in place that lasted till midnight on the 27th. It was a real good storm. It snowed and it snowed all night and then all day on the 27th. I would guess we got near 30 inches of snow–it was pretty crazy! We had Macu here our Argentinian exchange student here so it was very fun to see his reaction.
Cabin fever set in around dinner time so it was time for a quick snow swim!I donned my stars&stripes budgies, Four Buoys & a Girl cap and goggles and took the plunge.  It was a bit brisk and the snow was very light and fluffy which made for a nice swim.
Nothing like shaking it up on a snowy night before a dinner of fondue du fromage and chardonnay.
January 2015 started off well…can’t wait to see what the rest of the year has in store. 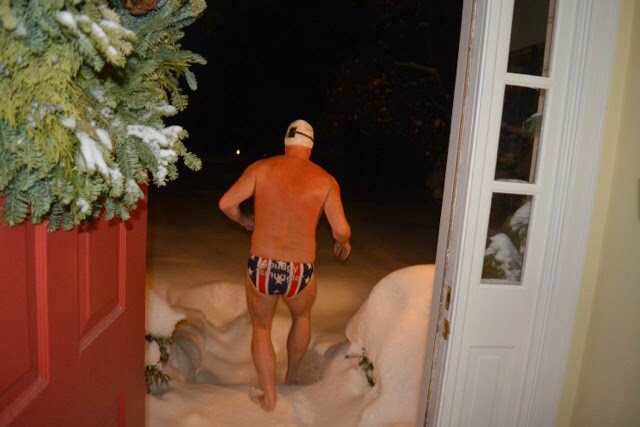 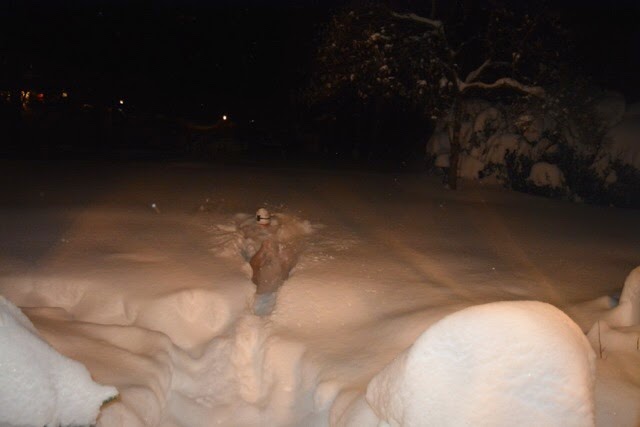 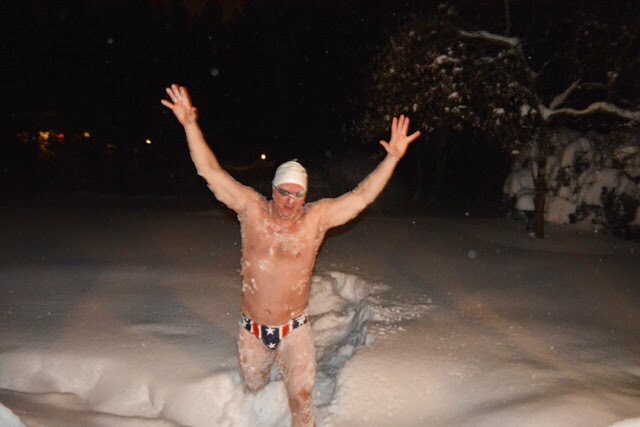