The recent issue of U.S. Masters Swimming magazine came earlier this week. I always look forward to its arrival with its short articles on training, nutrition, stroke technique and swimming in general. This issue was especially exciting as on the cover it had one of my all time swimmer heros on it–Rowdy Gaines. Rowdy was certainly a swimming great in his time winning 3 gold medals in the 1984 Los Angeles, Olympics. He continues today as a great ambassador for the sport. While I have never met Rowdy (I hope to one day) my friends that have met him or know him well say he is as nice a guy as seems on television. 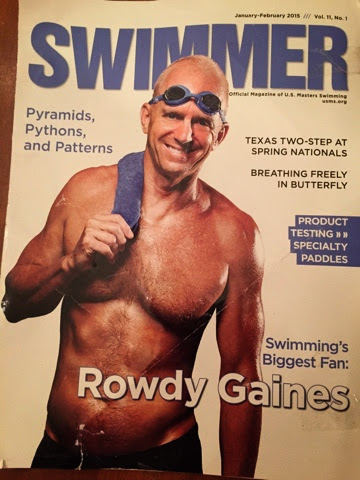 Also in this issue there was a guest columnist-me. Every issue of the magazine they have point-counterpont article titled Both Sides of the Lane Line.  The hotly debated topic of our issue was the age old question of briefs versus jammers? It was quite natural for me to take “the brief” point of view.  The feedback I have received from readers (friends) was that I presented quite a compelling case. See the article below to make your own decision…let me know by posting a comment on the blog. 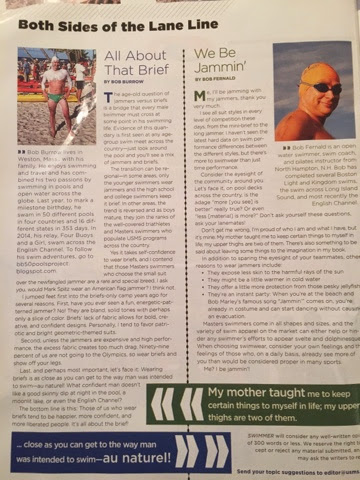 Rowdy and I both featured in the same issue of Swimmer Magazine-who would have thunk??? 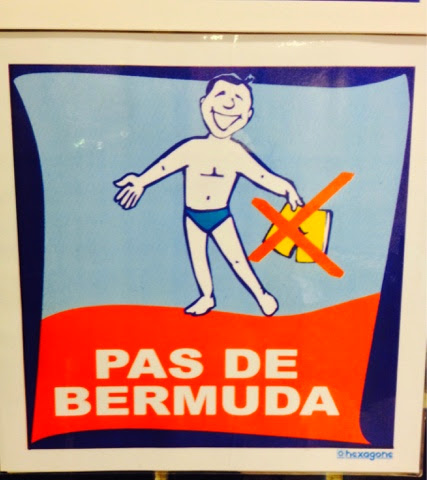