It’s been awhile since I blogged. I guess if I am going to break the dry spell it should be for something good and this is good. Yesterday the Weston Red Tide, won the MIAA Division 2 Boys State Swim Championships at MIT.

After graduating 90% of 2013’s state points with the likes of Ryan, Tommy and Jack it looked like the Tide was going to have rebuilding year. Throughout the season the boys got stronger, faster and depth of the team really began to become fully realized. In the regular season, they won all but two dual meets. The divers, Sean and Garrett got better each passing week and became strong regular point contributors. 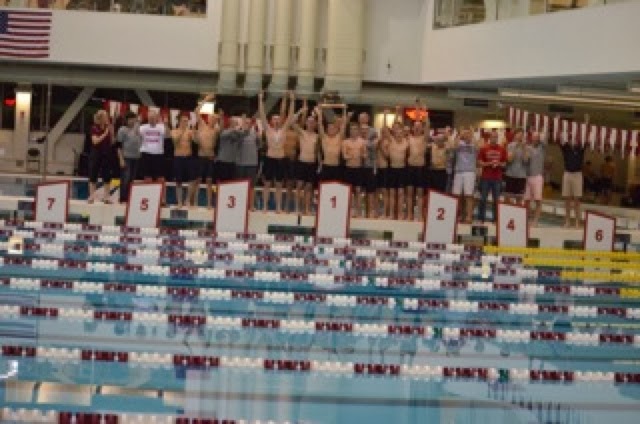 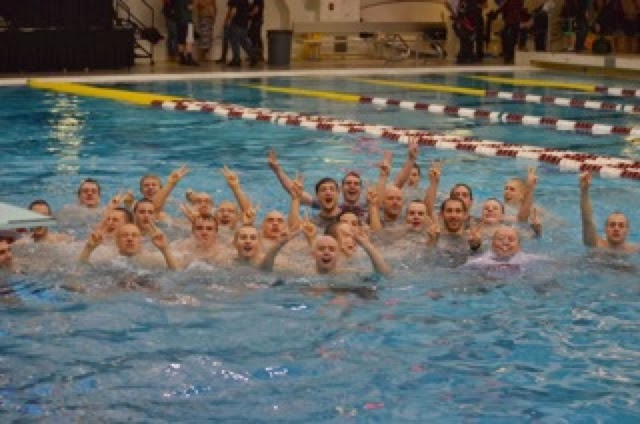 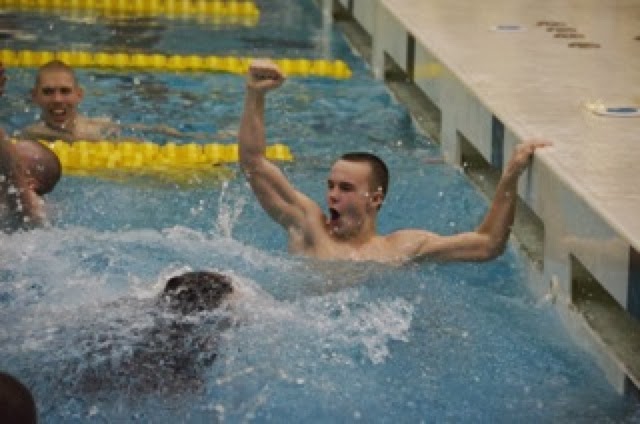 As the championship season approached and as the head coaches looked at the psyche sheets there was a possibility that perhaps the Tide could win states. And that they did…
It was an unbelievable meet from start to finish with awesome relays and some spectacular swims by the seniors. Sean had a great meet with some beautiful dives that were critical to the teams success in providing some point important cushion before the 400 free relay. 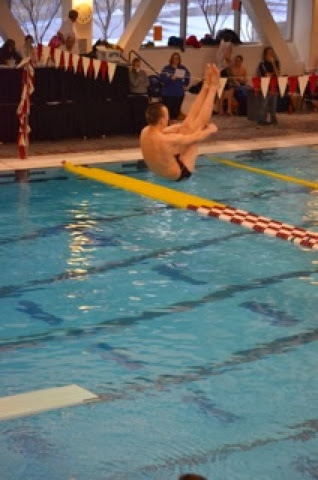 This was the third straight title and the 22nd in the Tides illustrious history. The best part about this victory was nobody saw it coming at the beginning of the season.
Sean had a great season for both swimming and diving. His goal was to qualify for states in both diving and the 50 free-and he did!!! His dives improved meet after meet and he made states at the Newton South meet. Along the way Sean, became one of the fastest sprinters on the team much to everyone’s and perhaps his surprise.  In the championship Sectional meet he did something that has rarely been done in Tide history and he swam in the 200 medley relay and then ran to the diving well to compete in his 11 dive program-and did very well. In the State meet it was important for Sean to focus on his diving program. He did great placing 8th above his seated position. I loved watching him diving from the diving well and cheering for the swim team. 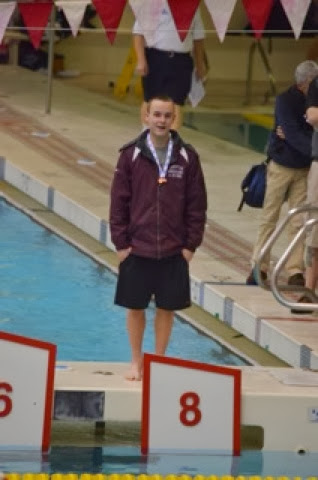 We are very proud of him setting a goal,his hardwork and how he balanced diving/swimming and skiing to a successful season for him and the team. It’s now time to ski!
Go Sean & Go Tide!!! 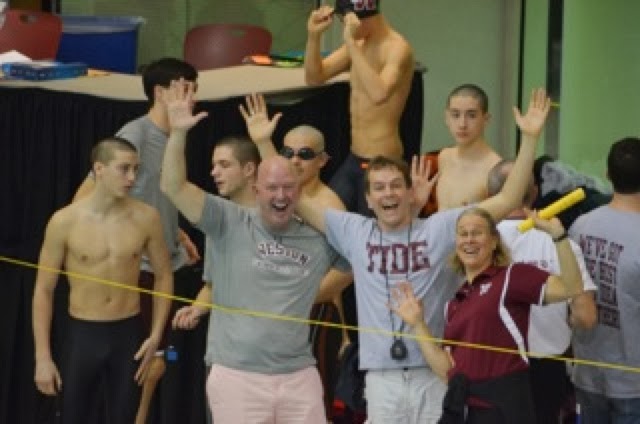