Yesterday was the 106th Boston Light Swim from the oldest light in the United States to the Curley Community Center/L Street Bathhouse in South Beach.  An 8 mile swim through the Boston Harbor Islands a National Recreation Area.

There were 22 solo swimmers and about 6 relays of two to four swimmers. I did it as solo swimmer along with my MIT friends; Jonathan G as a soloist and Katie O and Bill G as a relay. Coach Bill was there to cheer us on. The event requires that every one have their own boat escort and crew. I hired Captain Webb who had navigated this race before. My crew was Ryan Burrow and another MIT friend Heather J.
Despite torrential rain the day before we had a beautiful day for our swim. We all met at the Boston Harbor Yacht Club to pick up our escort boats and to make our way to Little Brewster Island and the light. It looked pretty good for being rebuilt in 1783 after it was destroyed by the British after they withdrew. 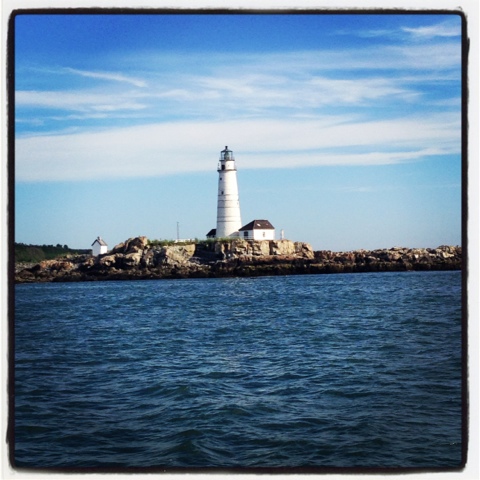 The race started promptly at 9:00 with a long blast of a fog horn and we all jumped in from our boats. It was a bit brisk entering the water around 61 degrees. It didn’t take too long to warm up and as the water warmed up through the race to the high 60’s it felt pretty nice.

The first half of the swim took us by George’s Island (an old Civil War fort), Rainsford Island and Long Island and under the Long Island bridge. I felt pretty good and smooth in the water. Captain Webb kept a steady course and Ryan and Heather kept me fed every 30 minutes. 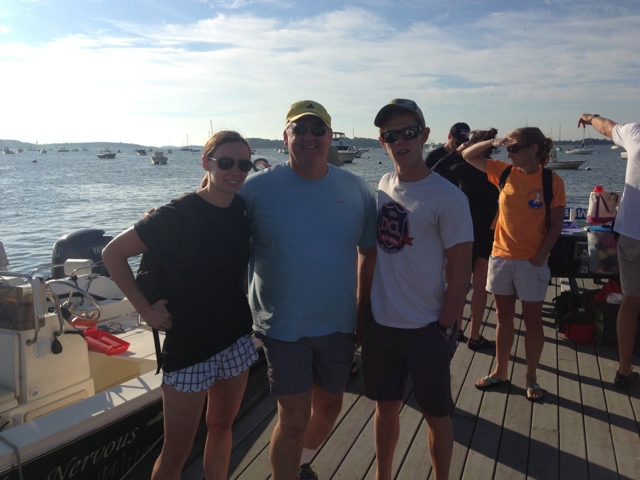 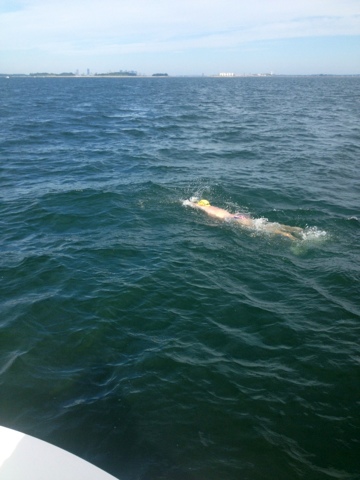 It was just past the bridge (at roughly 5 miles) and swimming between Moon, Spectacle and Thompson Islands that it got interesting. The wind and boat traffic began to pick up and provided some chop. My right shoulder began to feel a bit wonky too. Rounding the point of Thompson is when we hit head winds of 20mph. The headwind created waves 2-3 feet that were hitting me in the face and I could see my escort boat Nervous Water getting tossed around. It was a bit of a suffer fest the last couple of miles. I knew I would make it but I had to be mentally tough. I was quite happy when I saw the red buoys in front of the white bath house and tried to pick up some speed at the end. I ran up the beach had a lei placed a lei over my head and finished in 3:49. 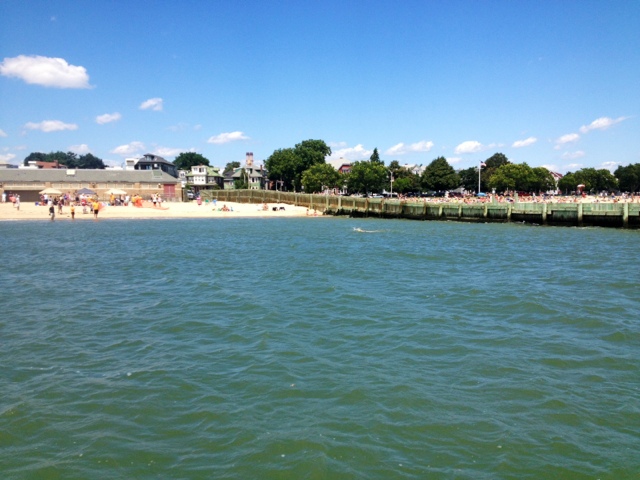 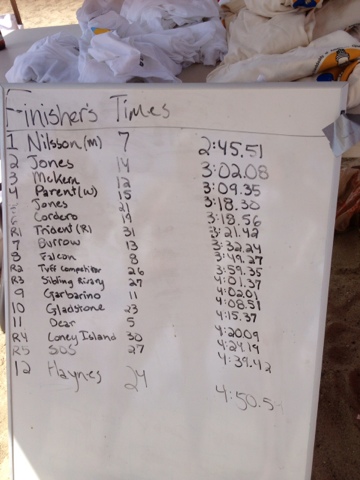 Ironically, I finished just behind (17 minutes) after my friend’s Katie/Bill’s relay. With the rough conditions the race director had to invoke the 5 hour rule and only 9 of 22 solo swimmers finished and a couple relays were pulled too.

All in all challenging but good day and a great experience to do with Ryan and friends! 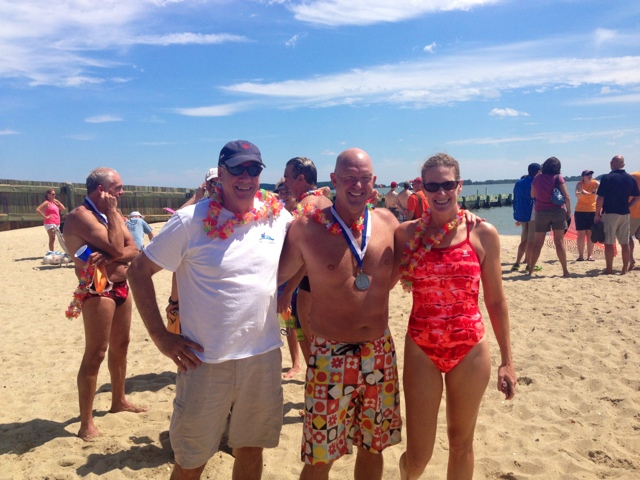 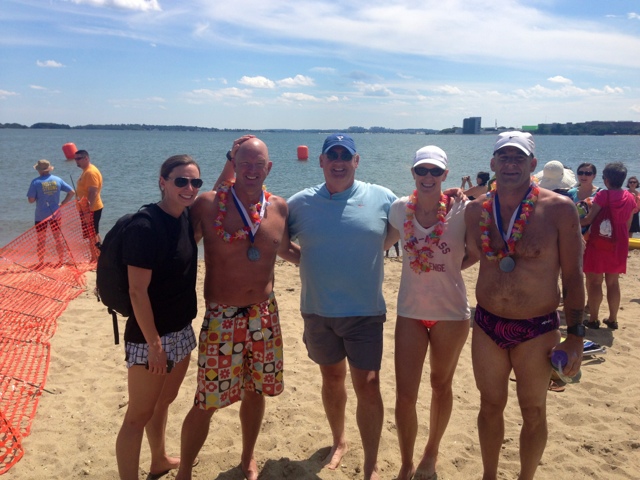