Pandemics and social distancing have a tendency to put a damper on parades and firework displays. Sooo…to liven up this 4th of July holiday we needed to create our own fireworks and assert our swimming Independence!

Swimming in the “bayou” portion of the Pond early in the week of July 4th I came up with an idea. At first it was pooh-poohed by others however by the end of our swim everyone was basically a “go”. I called it the Spirit of 17760(0) Swim. The goal was to swim 17,760 yards over July 3rd-4th. That’s just over 10 miles…that’s no joke.

Knowing that a challenge like this may require a little something “extra” to rally the troops I went “all in” with my costume for the first day. 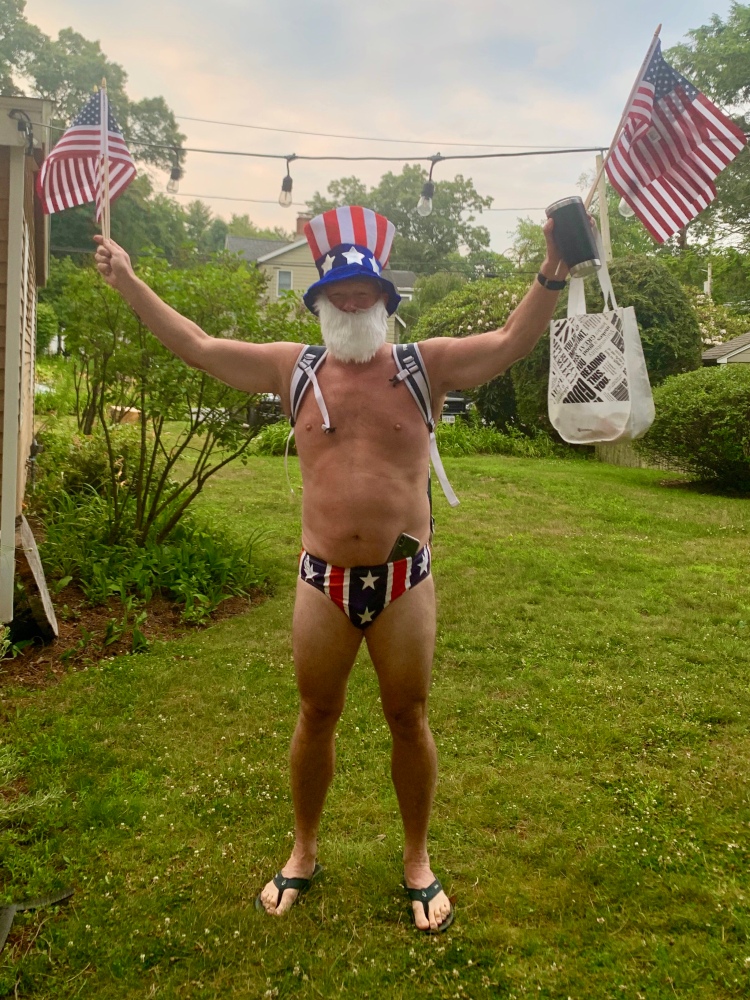 I think I won the spirit award!  I am quite sure some jaws dropped and a second looks were taken when I walked up. Hoping not to regret letting someone take that pic of me. We marched town the steps and set up our feed stations. 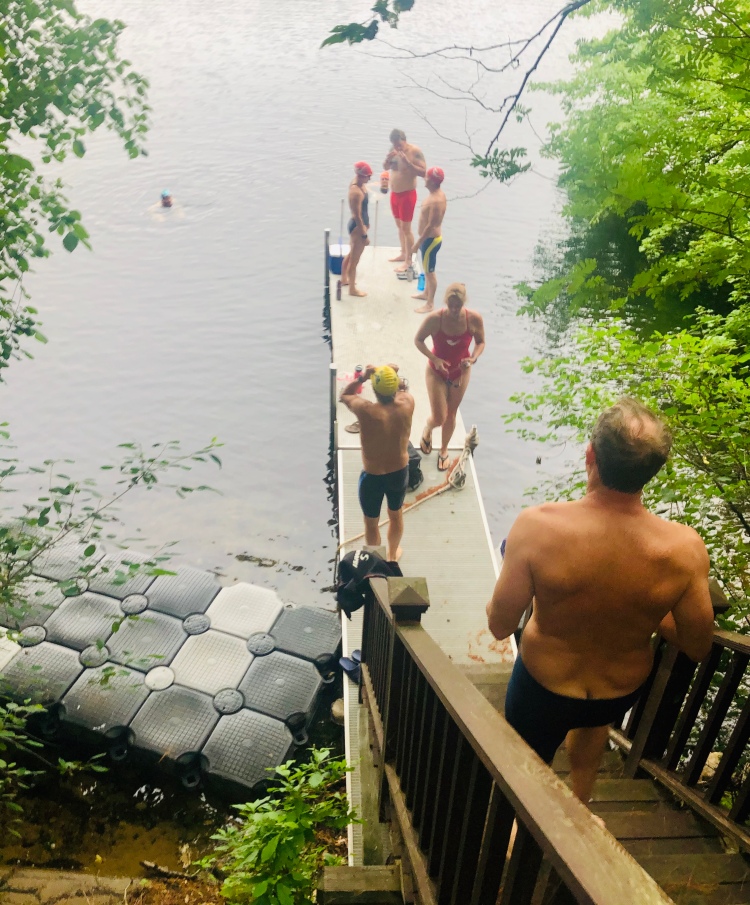 All agreed that we wanted to bank more distance the first day to make it easier the second day.  After the requisite team selfie we were off! 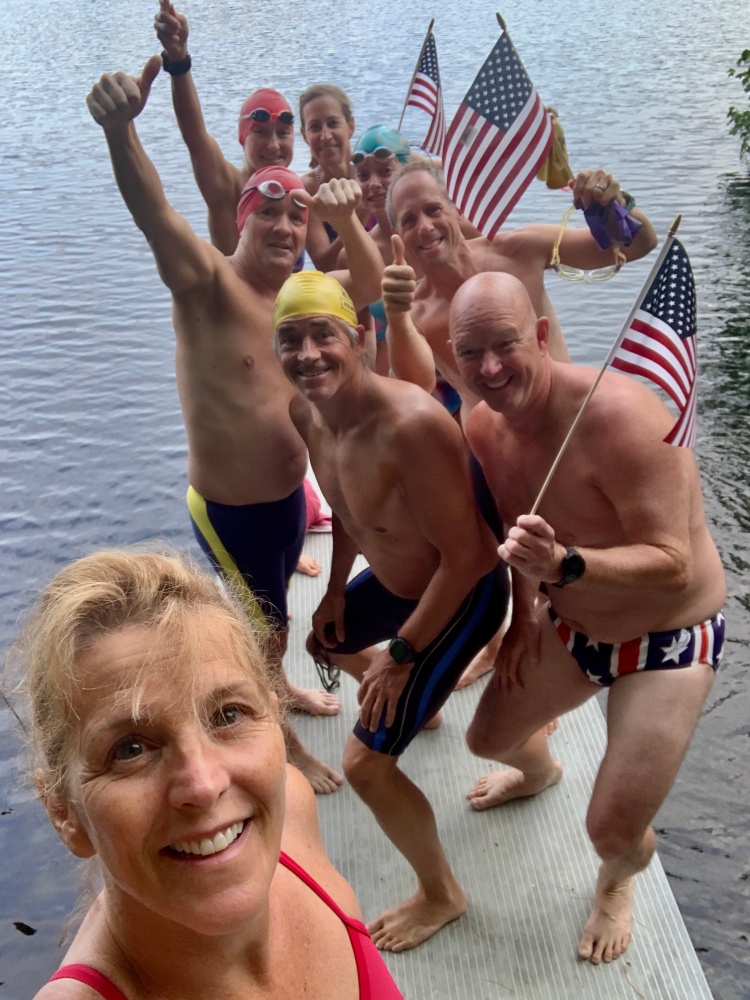 We swam all over the Pond the first day. We hit all the major check points like; Margarita Beach, Beaver Hollow, Shady, Dead, Corm, Pump etc. We even went to Sax four times and embraced Booty Isle with a swim around it. 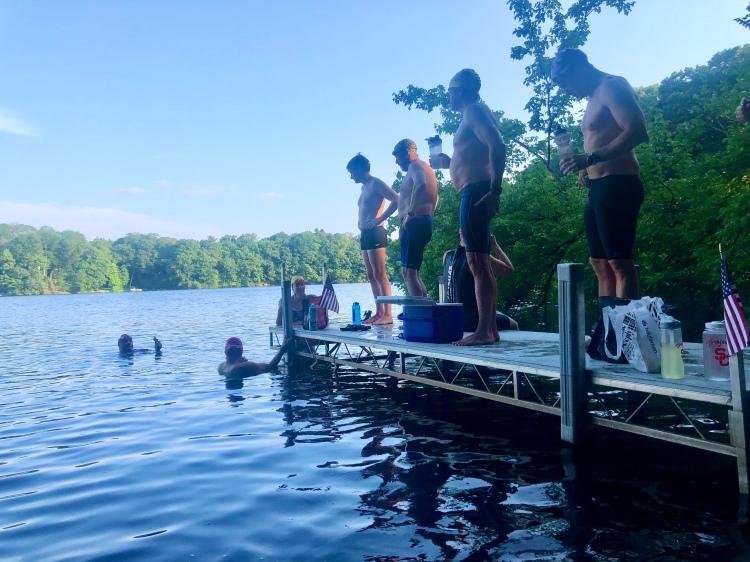 There were brief feed stops along the way.  Post swim we celebrated with some red, white and blue strawberry shortcake-thank you Ben. 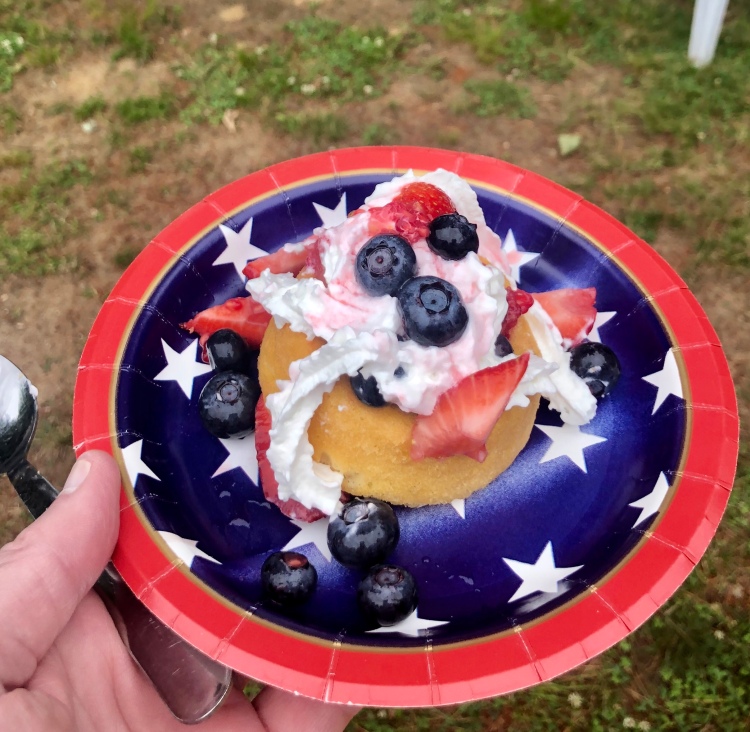 The day finished at 10,781 yards or approximately 6 miles in just over 3 hours.  A perfect set up for the second day. 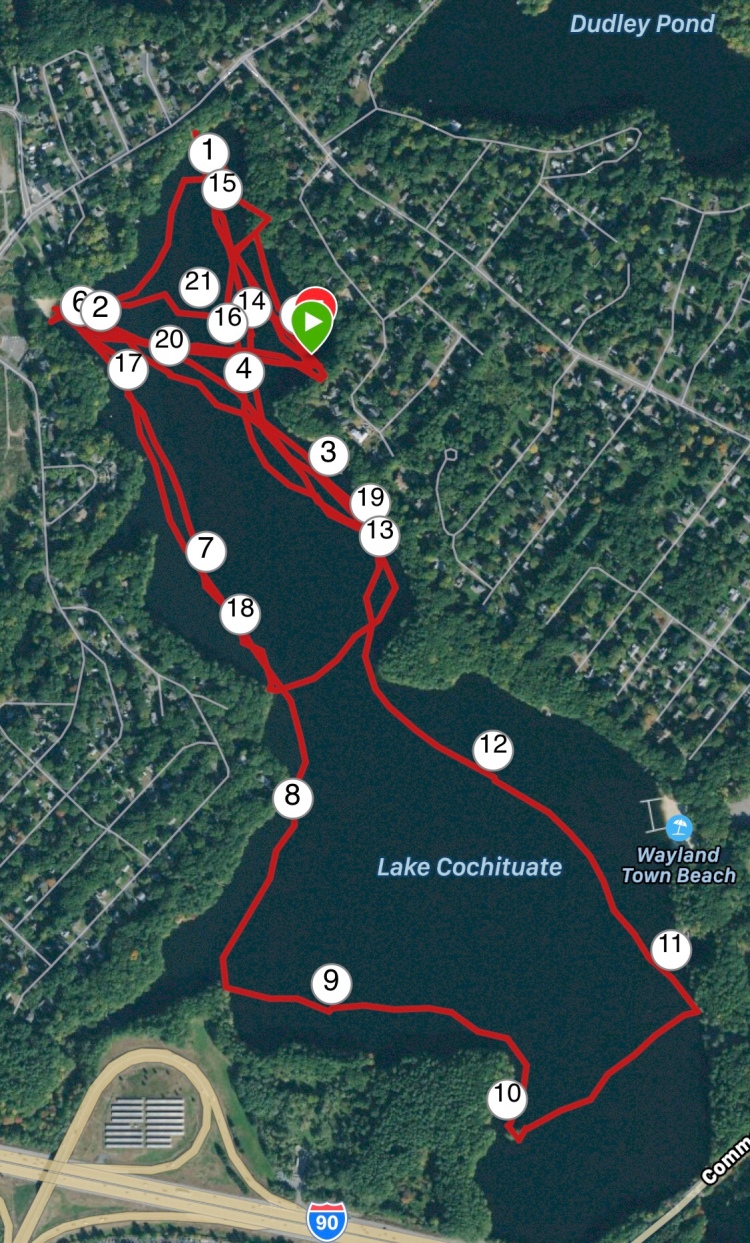 Understandably the crew was tired the next morning especially mentally~yet we rallied. We were up and down the lake with a focus on the lower part.  At the end of the day we hit the bid of an additional 7,069 yards or 4 miles.

Due to some wonkiness on my watch (or OCD-ness) I needed to jump in a couple more times to get the yardage in.* 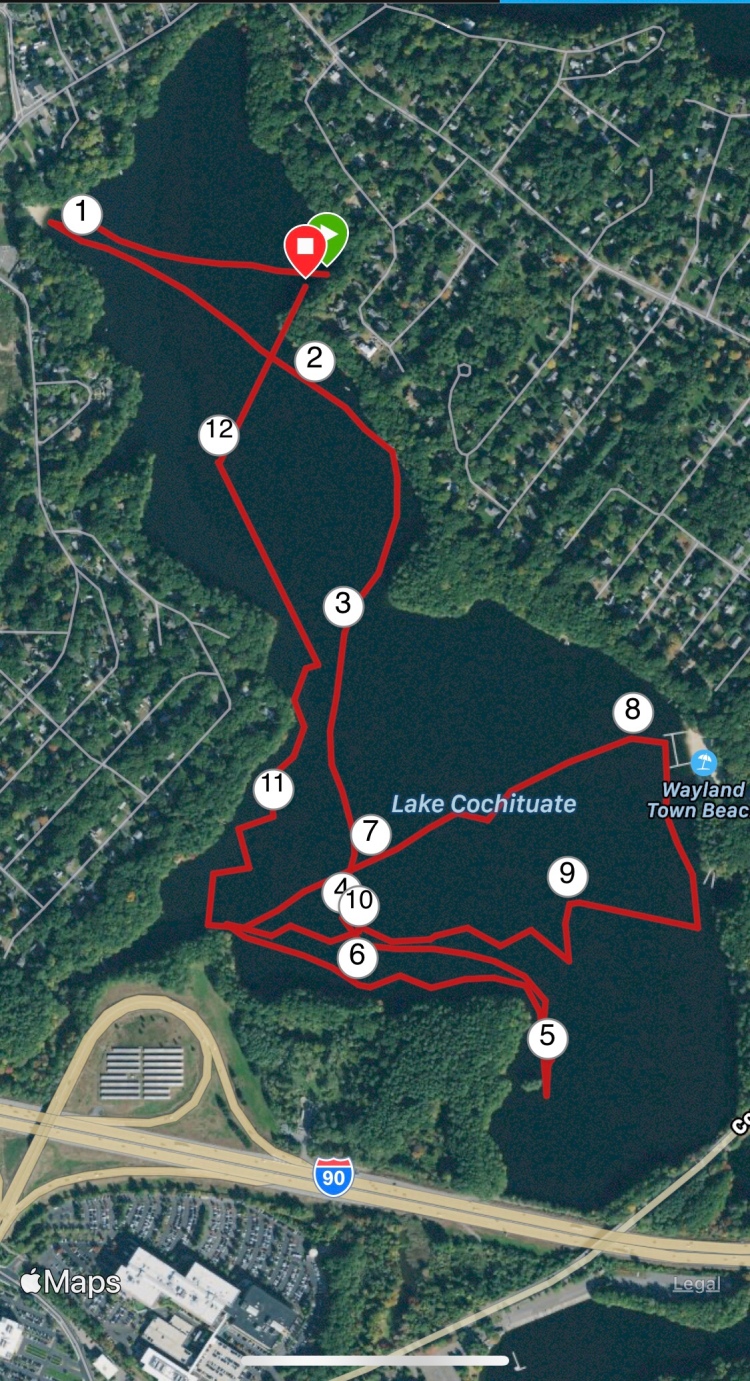 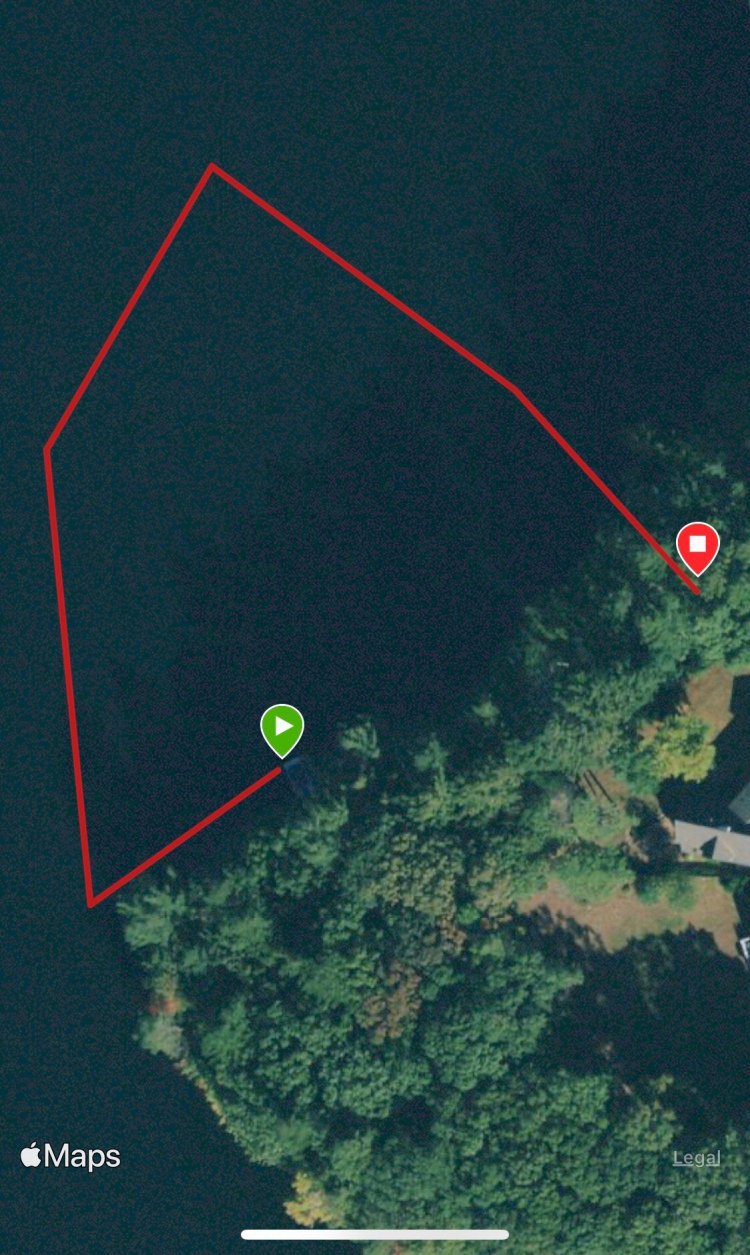 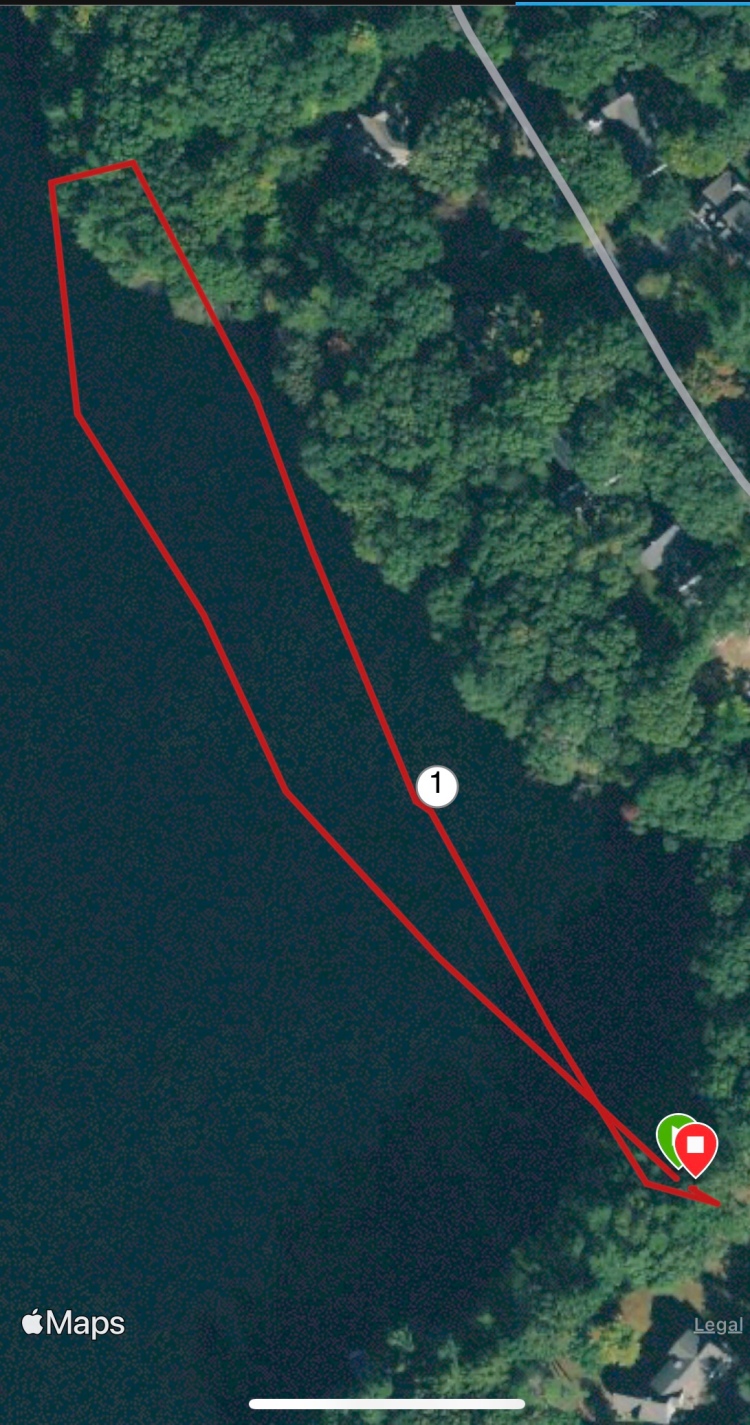 Post swim on the 4th we had mimosas and celebrated our collective success. 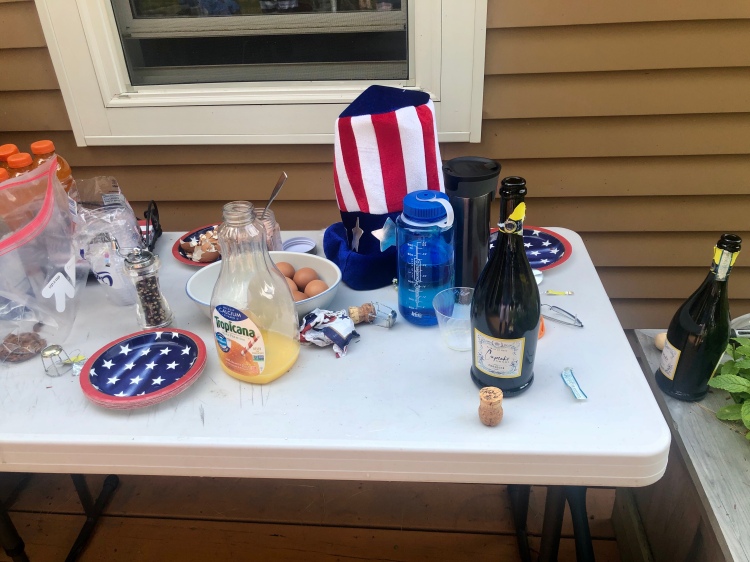 Like our Founding Fathers on July 4, 1776 this group of patriotic swimmers felt very proud of our accomplishment and declared our swimming Independence!

* For those keeping track of the yardage it was actually the Spirit of 17850 swim. I did 90 extra yards.