As swimmers I realize we typically speak about improving our starts and then finishes but today’s blog is really about finishes and starts.

For me this past week, likely marks the finish of or very close to finish of the 2018 open water swim season. There may be a few open water swims left but, the finish is near. To put a bow on the season I had the chance to swim in the waters around Seattle. I have spent a lot of time in Seattle but never really looking at it from water level.

First up was Portage Bay. We had rented an Airbnb with great views over the water looking towards the University of Washington. From our deck we could see sailboats, powerboats, crew teams training, and sea planes landing. I didn’t see one person swimming so I decided that it should be me! 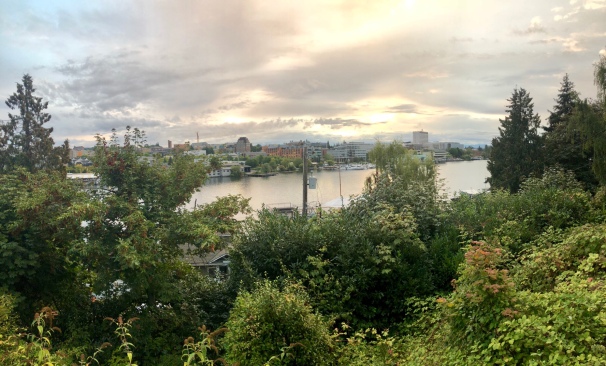 I eased into Portage Bay by the Pocock Boathouse and found my speedo clad self in the background of a wedding party photo shoot. The water temp felt great as I swam under the University Bridge along the houseboats until I was parallel to and looking out towards the Montlake Cut. On my way back, I even waved to some folks having dinner on the deck of their houseboat. They were a bit taken back!

Next up was a dip in gorgeous Lake Washington. I got into the water in Madison Park. It was pretty early in the morning and not many people were out and about. Clearly, I was the only one in a speedo walking to the shore to swim. Again the water temp felt great. 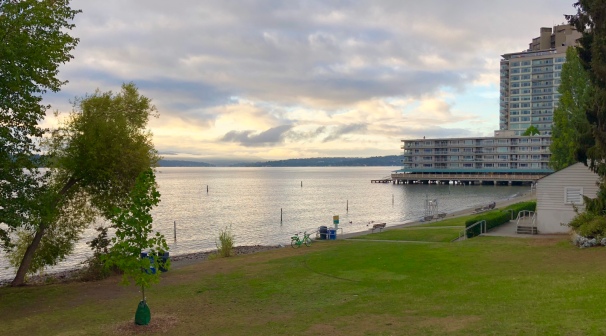 I swam down to the Seattle Tennis Club and back enjoying the large expanse of water looking towards Bellevue and the beautiful homes along the water in Madison Park. I didn’t want to get out. One day I hope to swim across the lake.

To cap off my open water swims I swam with the infamous Notorious Alki Swimmers at Alki Beach in West Seattle. They are a hearty group that were 20 plus strong on a somewhat clear Saturday morning. I got reacquainted with Jerome the leader of this merry band and former Nahant Knucklehead. 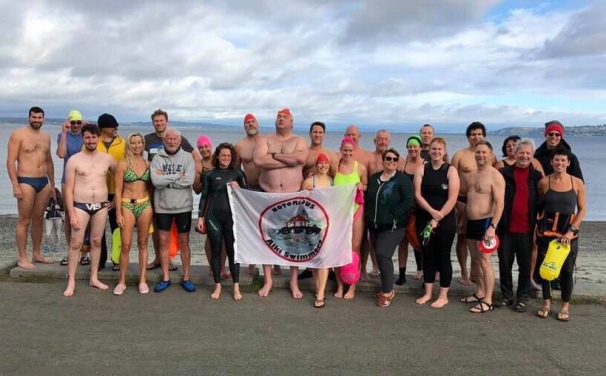 I also met Scott, a former UW swimmer, cold water veteran and a friend of many Boston swimmers.

The water was a bit fresh (never say cold), like 55 degrees fresh! It took a bit to acclimate but I eventually settled in and had a nice swim to the Alki Light House and back. It is kinda cool to have the ferries going between Seattle and Bainbridge Island and the Space Needle as sighting guideposts. Looking forward to swimming with this group again. A fabulous finish to a week of open water swimming in Seattle! 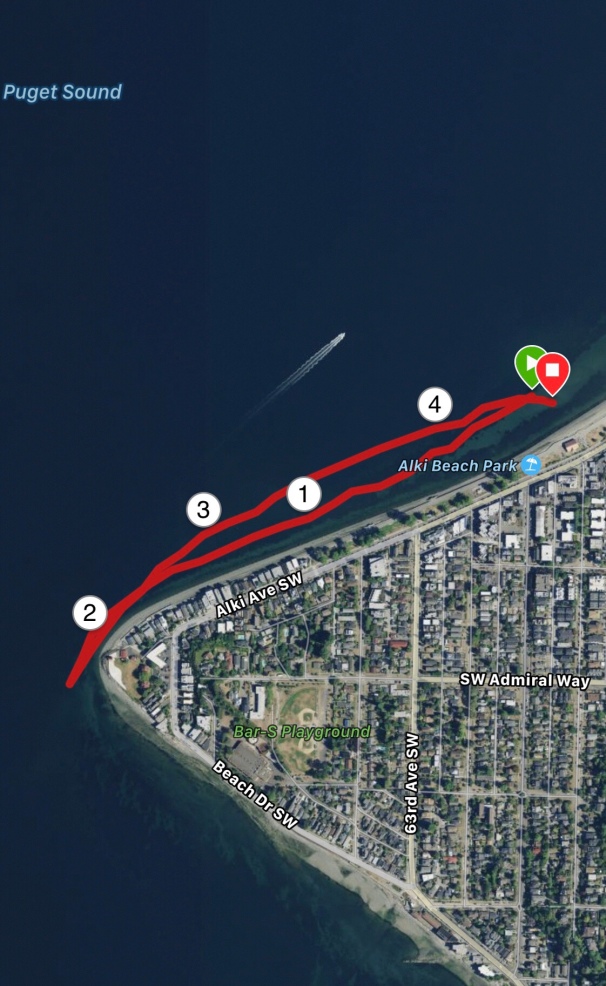 Now it’s time for starts and specifically I am talking about a very important start.  Courtney is starting her freshman year at the University of Washington. This auspicious milestone is what brought us the Pacific Northwest for this visit.  My open water swims were sandwiched between the more important duties of getting Courts settled in her new home. First up was moving her into the Kappa Kappa Gamma house after a long week of recruitment.

This was an easy but somewhat emotional move as this is the same sorority house that Shannon lived in and I lived across the street from, oh so many, many years ago. Kinda a weird sensation visualizing Courtney literally walking down the same physical paths we walked. More importantly she will be creating her own path to a bright and exciting college career.

We were also able to sneak in a Huskie football game and a little tailgating with my sister and her family.  The campus and stadium are such beautiful venues on the water that Shannon and I recall fondly. We trust Courtney will have similar recollections over her college years.

In many respects dropping your baby girl off at college across the country is not the easiest thing to do. As a proud dad I take great comfort and pride in the fact that I have never seen anyone more prepared for this next phase of young adulthood. Great futures are for those that seize control of their destiny which I know is what Courtney has done in the past and will do in the future.

We are proud of all three of you. 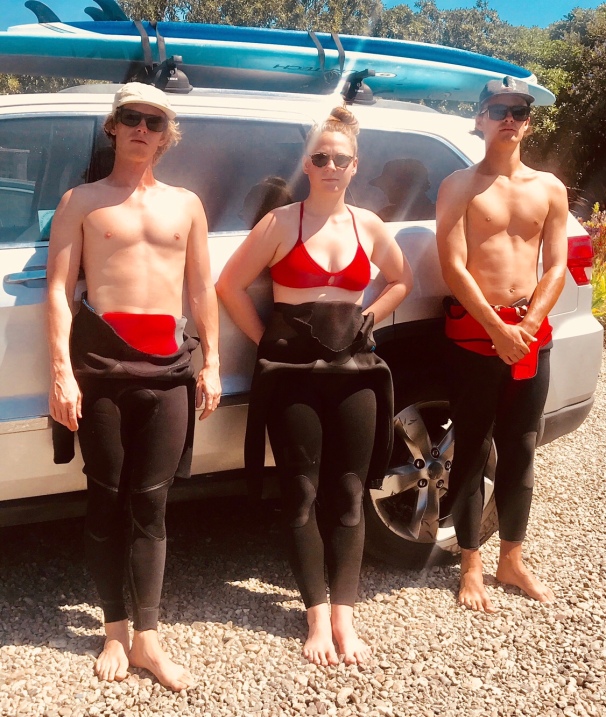