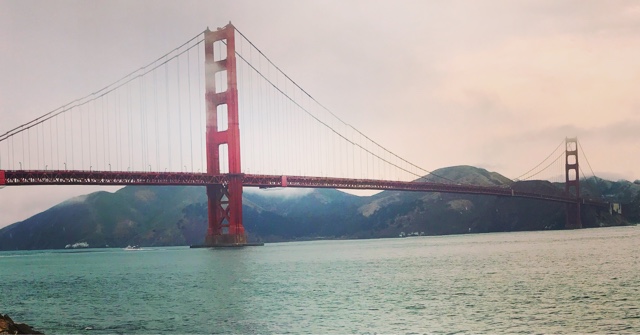 The final push and apex of my English Channel training was a weekend in San Francisco. It was a camp organized by Chloe McCardel and Dan Simonelli for myself and three others; two Texans and a Belgian who are swimming the Channel in September. It was a intense packed weekend designed to maximize our time in cold water. The base of operations was at the historic South End Rowing Club in Aquatic Park. 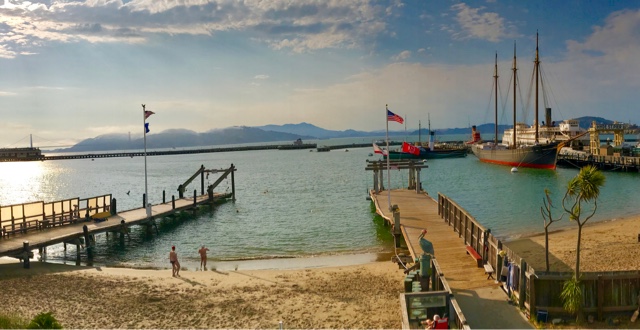 Friday early evening we had briefing session at the club to lay out the logistics for the weekend. The SERC is sooo cool for as long as we lived in San Francisco and have spent time there I had never been there-that was a mistake. It’s an old two story building part museum and athletic social club with awesome views of the Golden Gate Bridge, Alcatraz and the USS Balcutha in Aquatic Park.  The plan for the weekend was simple-to swim! Friday night a short night swim and then two 6 hour swim on Saturday and Sunday. 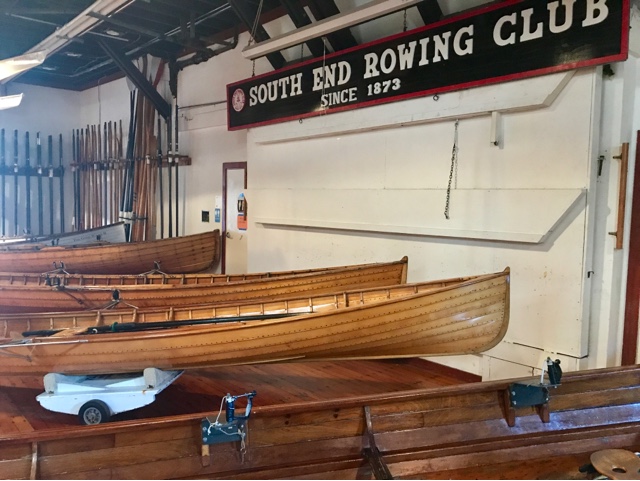 Friday night’s swim was short but very memorable. It was only three of us; Dan, Brian and me. We set off for a break wall swim in darkness with the lights of Ghirardelli Square dimly lighting the way. Once we got to the break wall and took the turn it got really dark real fast except for an occasional flash of the strobe from Alcatraz. At times kinda creepy but so fun! 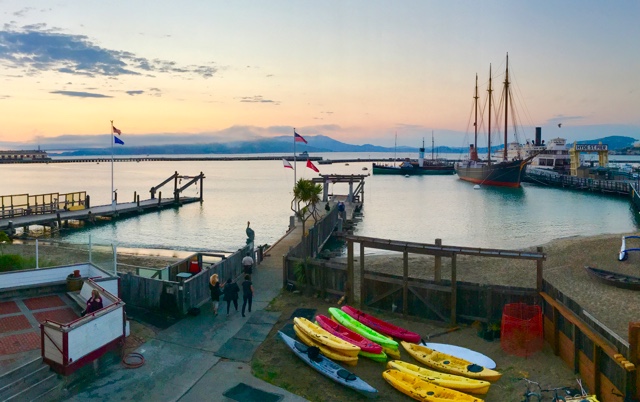 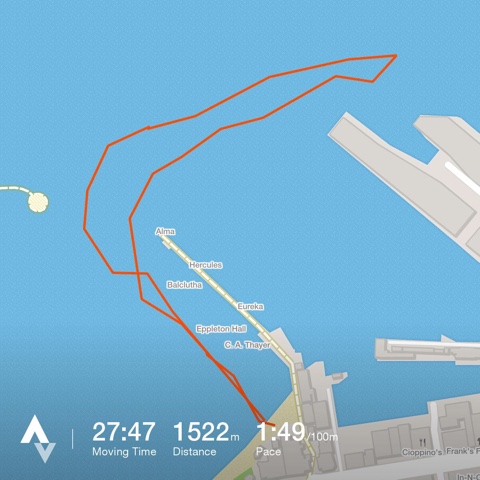 Saturday morning came quick with goggles up at 8am. After a short logistics conversation with Dan about feeds and the course we were off. Water temp was in the low 60’s and it felt just fine. I was encouraged that I felt so acclimatized. Basically, I swam in half circles and full circles most of the day with some detours to the buoy just outside the park. The tedium of swimming in circles set in around four hours. I powered through the last couple hours and swam roughly a total of 22,000 yards. My watch stopped keeping track of distance at three hours and 11,000 yards so just doubled it. Nutrition wise I stuck with the warm Roctane mix and  added in a couple of baby foods. I was tired when I got out but not bad. 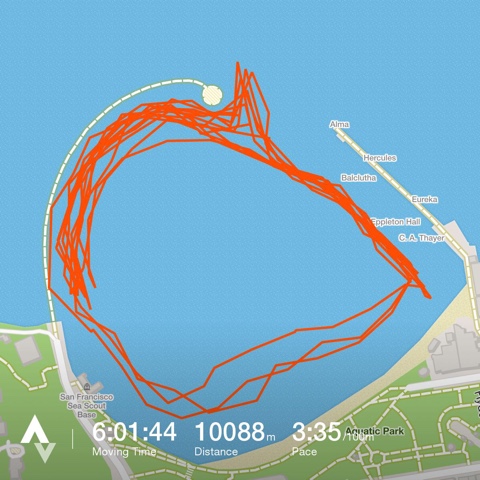 After a short rest at the hotel we ate at my fave Italian restaurant Trattoria Contadina. It was just the nourishment that I needed for the next morning. I popped two Advils and slept ok. Goggles up was at 7am so it was an early bell well at least it felt like one.
Surprisingly, it was pretty easy to get in the water as I think the mindset was, “let’s get the work done”  and I was happy we were going to swim outside the park to shake it up a bit. Yet again the water temp felt fine which made me feel good. The first three hours went fairly quick as I was swimming with Brian. We went out of the park a couple times; down to Fort Mason and out and around the break wall. After Brian got out my primary track was lapping the park with some small tweaks. The conditions were noticeably  choppier than the day before. For feeds I mixed in some sliced peaches~quite tasty. At hour five I decided to do one last break wall swim as that swim along with the park loop would get me almost to six hours. It may not have been my brightest move as I was pretty beat at that point and it was quite rough and choppy on the outside. At one point I thought I shouldn’t be out here alone. I completed the loop and had only 15 minutes left. Unlike the day before where I had a burst of energy at the end  I was dragging butt. 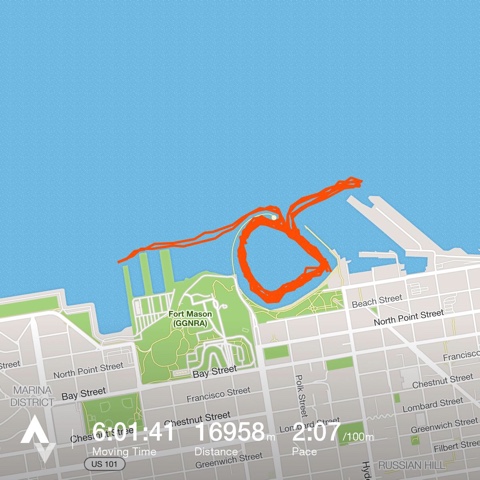 Bottom line…I did it a broken Channel (two back to back 6-hours days)! Feeling pretty proud as it was a big training milestone for the English Channel. Just over a month to go till Dover!
My reward was a trip to North Beach Pizza to treat myself to some good eats…yum! 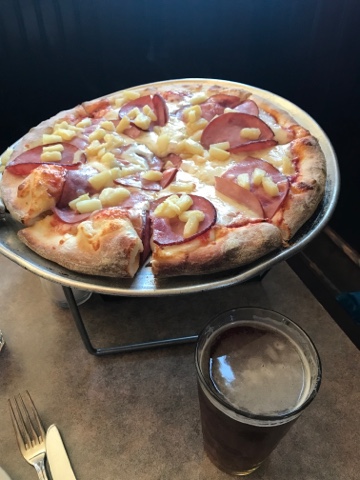 Below is the favorite cartoon I saw in the locker room at the club. 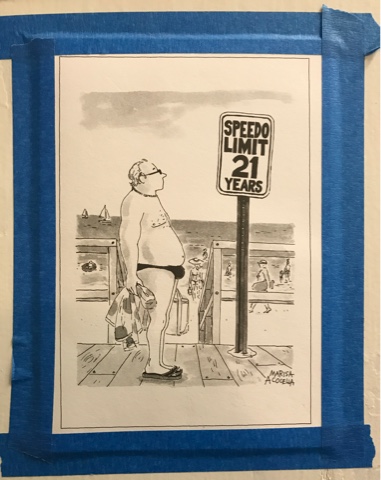