It’s been 1,361 days since I’ve swum in these two pools consecutively. I have swam countless yards and in 56 different pools at home and abroad. The swimming adventures during that time period have been many and memorable. But none quite as memorable as August 21, 2013 when I swam in both the Mc Donald’s Olympic Swim Stadium and the Los Angeles Swim Stadium pools in the same day. You see it’s because it was on that day 1,361 days ago I dropped Ryan off at the University of Southern California to start his college career. 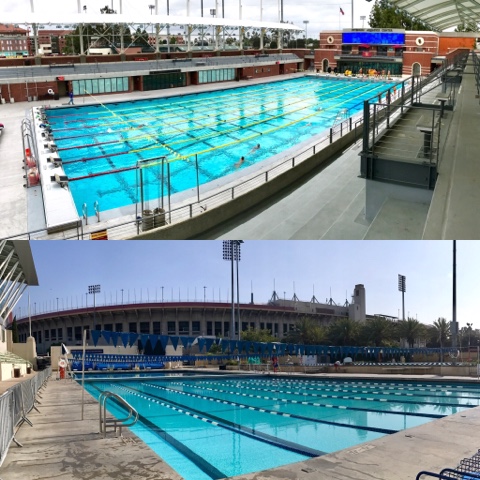 This week as a family we celebrated Ryan’s graduation from college. Wow-how time flies! It started with a very chic dinner at Nobu in Malibu. It was a quintessential LA scene with beautiful people all around and a primo table right on the water. We were joined by Ryan’s friend Mayme as Sean hadn’t arrived from Boulder yet. Sean would have loved the setting but not likely the food. 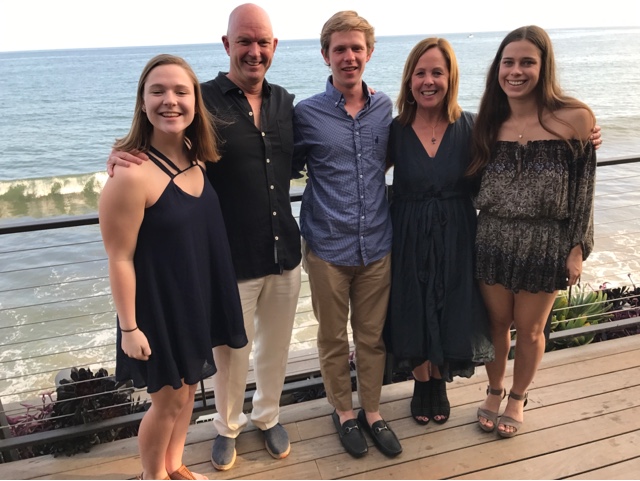 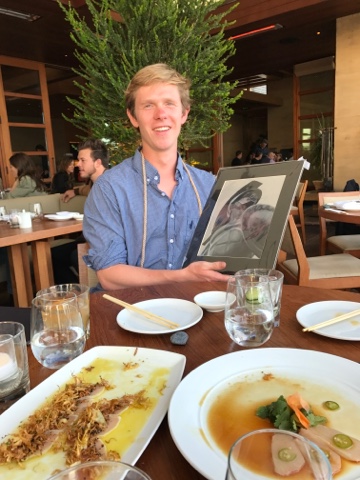 The following day we enjoyed walking around Silver Lake, lunch downtown and resting for the evening festivities. Thursday night, the was the family graduation party at The Bungalows. Affectionally known as The Bungs they are a unique and special living complex with about ten small individual bungalows surrounding a courtyard. Ryan lives there with there with 12 of his good friends. The setting is ideal for hanging out. With all the time the boys spent in the courtyard enjoying each other’s company and partying it was the perfect place for a family grad party. The Bung mom’s decorated the courtyard and had BBQ catered. It was great to meet the parents of Ryan’s friends and catch up with the boys and celebrate their achievements. I’ve had the good fortune to spend time with some of the boys over the years-a great group of young men. It was truly a magical evening and a highlight of the trip and one which I know all will remember for many years to come. Wish I could say it was an early night for an early morning for the big commencement but…no. 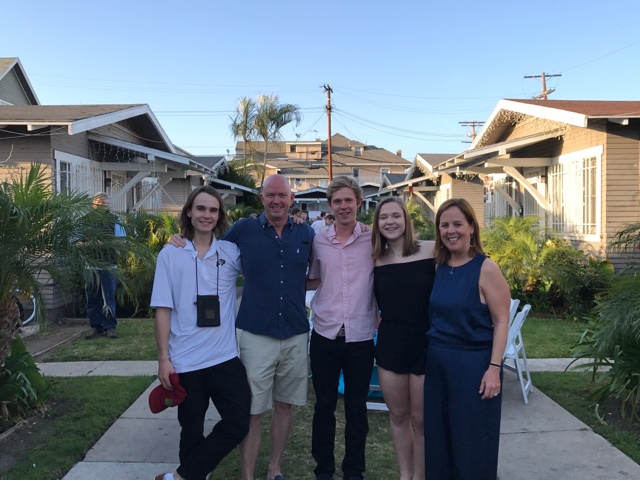 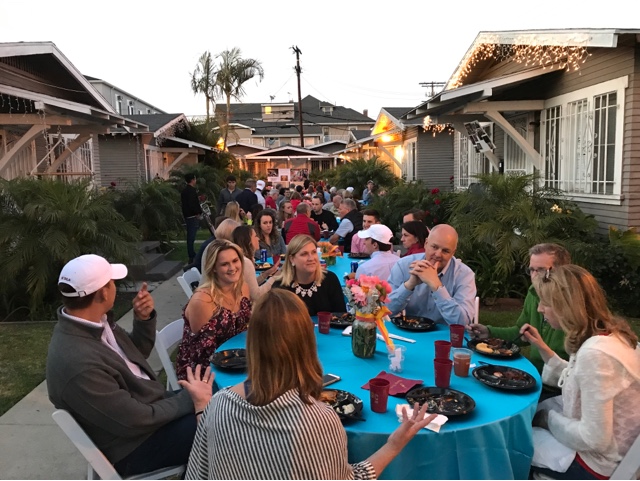 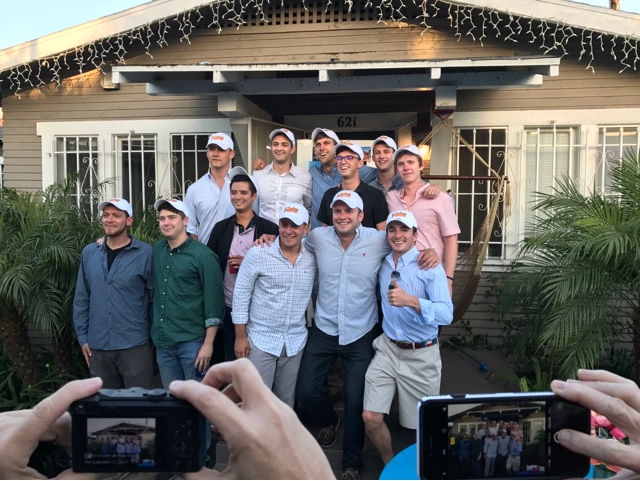 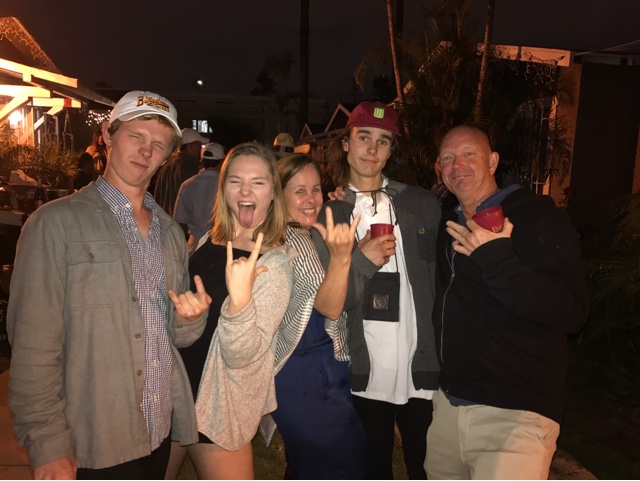 It was an early morning for Shannon and I as were on campus by 6:45am to save seats for commencement ceremonies as they were expecting 60,000 people. Commencement was filled with pomp and circumstance from the regalia and robes of the faculty, the cardinal and gold landscaping, marching band music and the releasing of white doves at the end of the ceremony. The commencement speaker was Will Ferrell. He did a great job of mixing humor and advice to the audience. It was then a mad dash to the engineering school’s ceremony to safe seats yet again. It was here that we got to see Ryan walk across the stage or at least on a big screen tv. There were 650 graduating engineers so it was a long ceremony. The featured speaker was Andrew Viterbi the namesake of the engineering school and the inventor of the 50 year old Viterbi algorithm. Not entirely sure what the algorithm does but it’s drives much of the technology we use today. It was time for more pictures and I don’t think Ryan was too pleased but that’s part of the drill! We then all went back home to rest before a family dinner. Not sure how we did it but we all eventually rallied for our last family dinner. It was memorable day of formal celebration of well-earned academic achievement. 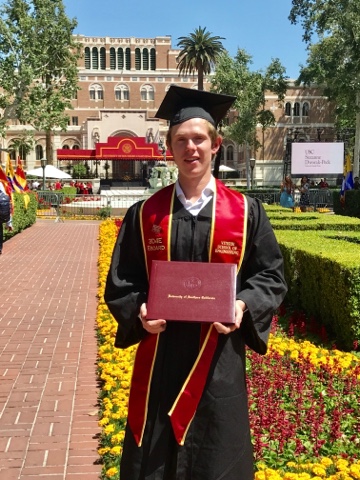 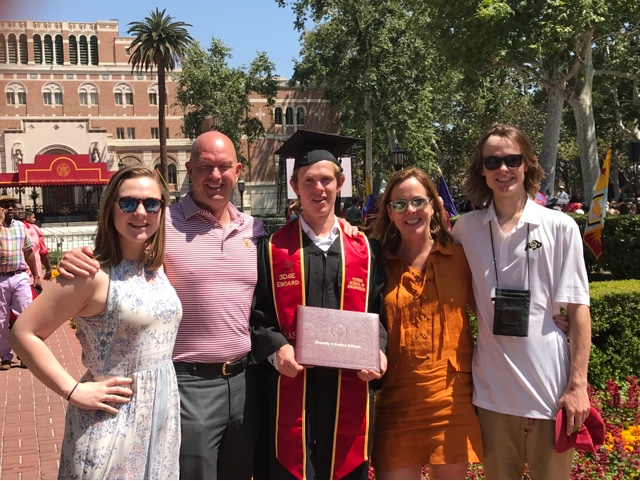 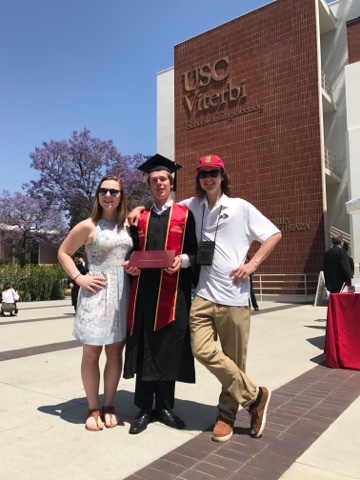 Shannon and Courtney then headed to the airport to take the red eye back to Boston as it was Courtney’s prom on Saturday night. Since she was going to prom with swimmer I can post a picture of them in this blog. Look how beautiful she is and what a great looking couple they are. 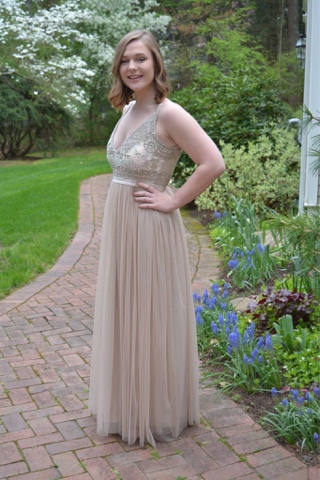 On Saturday, Sean, Ryan and I hung out for a bit before we went to the beach in Santa  Monica and then to our final family graduation event at a Bung bros parents home in Bel Air (that’s what the Snapchat geotag said). It was a lovely setting and a low key way to wind down. 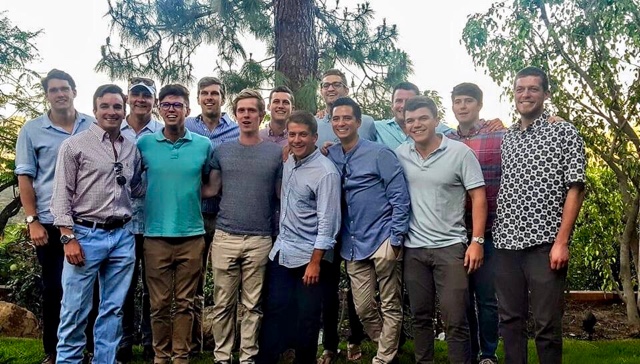 It was a perfect four days to spend time with family, make new friends and to celebrate current and future successes.

Ryan’s successful adventure in college has in many ways been shaped by the goal setting, self discipline and the hard work he learned in swimming (see I could tie this back to swimming).  While there is one more year of grad school left this was certainly a big life milestone and new chapter starts today. 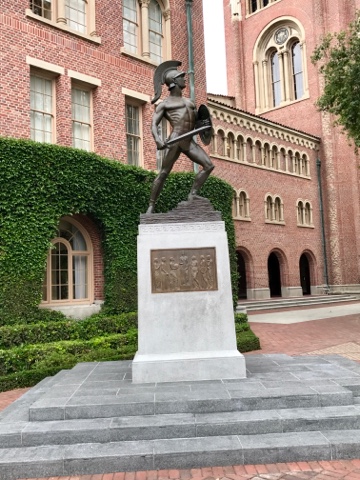 Ryan we are all proud of you and look forward to seeing where your adventures take you in the future.

While we are a family of Huskies, Trojans, Buffs and who knows what else in the future let’s all take heed of Virgil words and be adventurous like Trojans!