Oddly, the title of this blog ends up being timely with the presidential inauguration taking place this week.

The Wayland Town Pool’s heater is broken so Coach Jen moved practice to Babson College on this Martin Luther King holiday. Yay a new pool! I really wanted to sleep in today but couldn’t pass up the chance to hit a new pool. 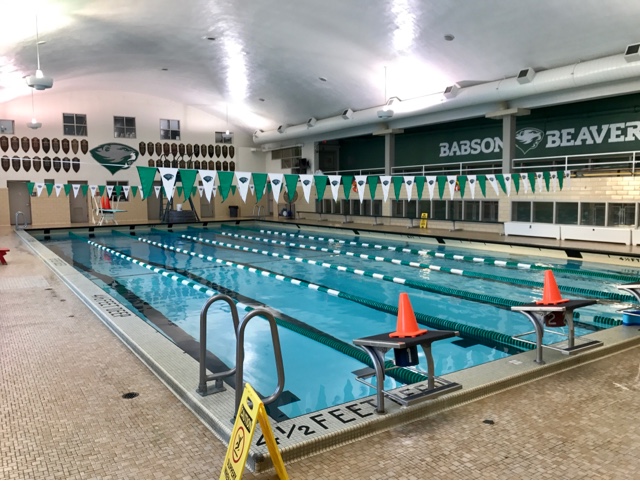 Babson College is a short hop from the house to Wellesley.  The athletic field house is tucked in the back of this pretty suburban campus.  I wasn’t familiar with the campus however I followed a few cars that ended up having fellow masters swimmers in them and eventually made it to the pool.

The pool isn’t totally old school but it certainly wasn’t built in the last 10 years (actually it was built in 1989-I looked it up).  It’s a six lane 25 yard pool with a viewing gallery that holds about 150 spectators.  It one of those pools where it has high and deep open tiled gutters.  Before heading to the locker room a quick glance confirmed what I would have suspected-narrow lanes!

By the time I got out of the locker room the lanes were pretty crowded so I ended up with the dreaded lane by the wall. While I do swim next to the wall at MIT the lanes are quite roomy.  At Babson College that was not the case.  I kept an open mind about the narrow lane situation and jumped in the pool with my two new lane mates. It was a bit tight and it took some getting use to coming into and out of the turns.  You also had to be careful not to smack your hands on the wall, the lane line or even on your lane mates hand. 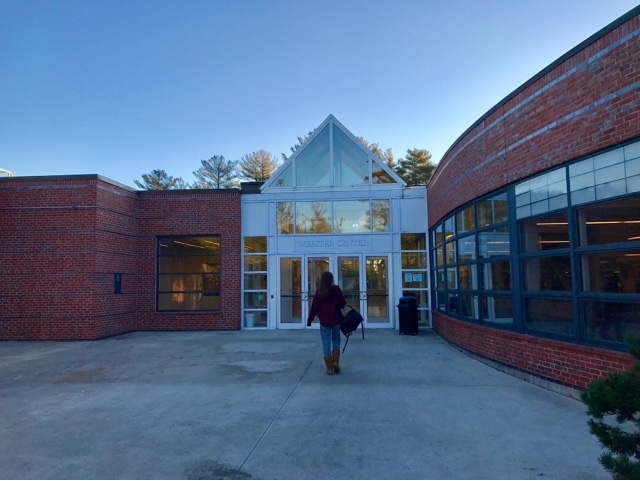 In the end it worked out ok. The practice was tough and I only smacked my hand a couple of times.  I found that if I just tried to stay positive and focus on what I can control it worked on in the long run.

With the incoming administration it will likely be a tumultuous and challenging four years. One can only hope that they will be thoughtful, open minded and lead with class and decency. Like swimming in narrow lanes all we can do is stay positive, focus on what we can control and know that the tough workout will end in four years!