Pool #83 was the Canyonview Aquatic Center at the University of San Diego in La Jolla. Yes, back in California again…the third time in six weeks! Maybe we should just move to California…more on that in future blogs.

This was the third time I had been in the water and twelve days post the Anacapa swim on November 4th.  The goal was and is to slowly ease back into the pool. I had a business meeting in La Jolla so with the time change when morning practice with the masters group rolled around at 6:00am  I was wide awake so…why not? 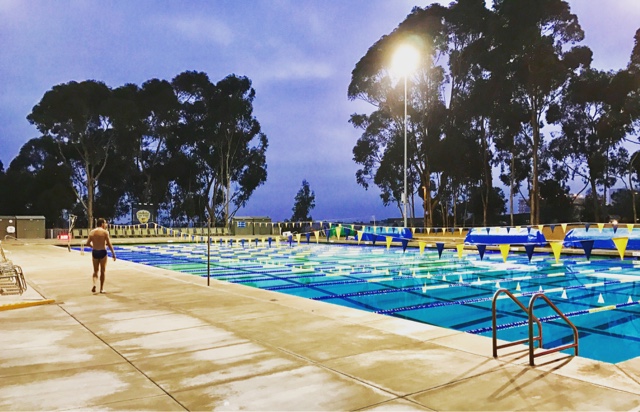 As one with expect with a big California UC school it was a fabulous outdoor facility. There were two 50 meter pools; one looked liked the training and competition pool for the school team and the was for general use.  Coach Sickie welcomed me to group and put me with the faster group. Not what I was hoping for! I had been warned before that Wednesdays they have challenge set. Today challenge set was 11×100 on the 1:40–two 100’s sprint and then one 100 easy.  Despite not being totally into it I faired–ok.  It was a 4,000 yard workout.  Post swim I went to the hot tub to relax for a bit. Hot tubbing after swim practice is delightful.  When I said goodbye and thank you to Coach Sickie I found out that he had met my Coach Bill at a USMS coaches clinic in San Francisco the weekend before-small world. 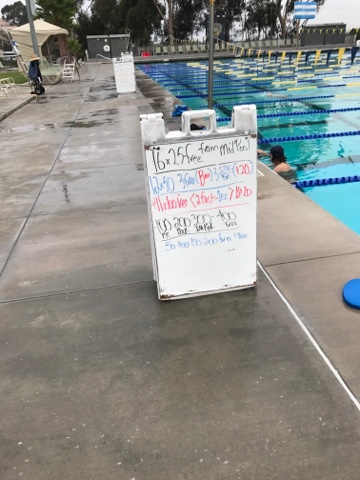 It’s been 23 days since Anacapa and I have been in the pool seven times and averaged about 3,000 yards each practice.  I have been relaxed about getting in the water on time putzing on the pool deck and trying to keep it low key during the sets.  The objective over the next several weeks is to give myself a physical and mental break from swimming.  This is easier said than done as I enjoy my morning routine and seeing my swimming friends.  A break is important so I don’t burn myself out (mentally) as I will need to begin to ramp things back up at the beginning of the year. 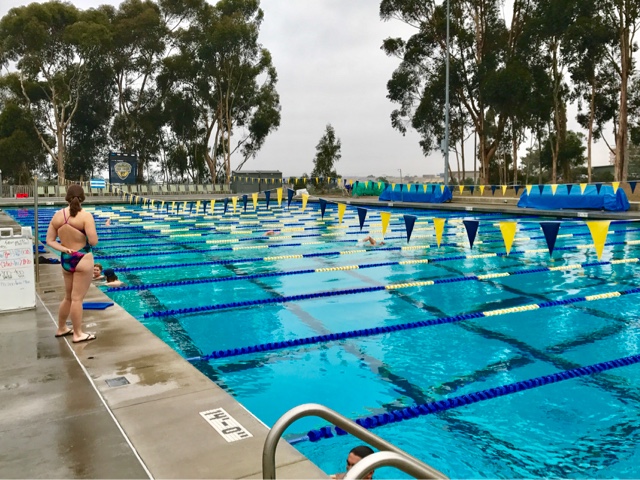 Low pressure, low intensity and working on technique is the name of the game (not easy for me) through the end of the year.  Slow and easy…