Skip to content
This year we shook up things up vacation  wise and went to up to Maine. We headed pretty far north up to Mount Desert Island. It’s home to Acadia National Park which is celebrating its 100 year anniversary. 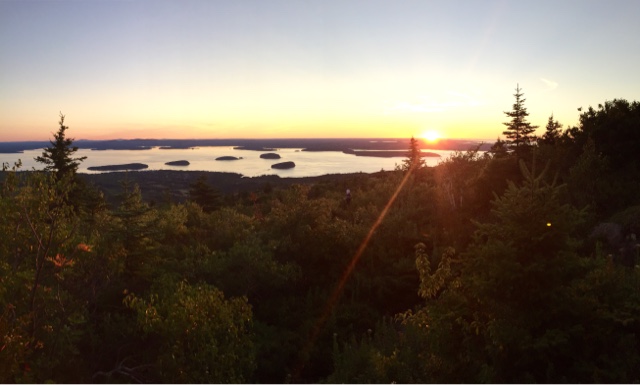 Shannon rented a cool house in Southwest Harbor with a huge deck overlooking the harbor. It was to be a fun filled family week; hiking, kayaking, biking, eating and…swimming.
My friend Grant had a lot suggestions of various watering holes to swim in as he knew the area well because they have a family summer cottage there.
Below are some of the cold water hotspots I hit. As it was vacation I only swam for 1000-2000 per session. Not far but it did the trick to get some exercise in, experience cool open water and check out new swimming holes.
First up was Valley Cove a quick drive from our house. It was a short family hike with beautiful views overlooking Somes Sound before coming upon Valley Cove. We were all pretty hot due to the hike so a dip in the cool (low 60 degrees) water was welcome. 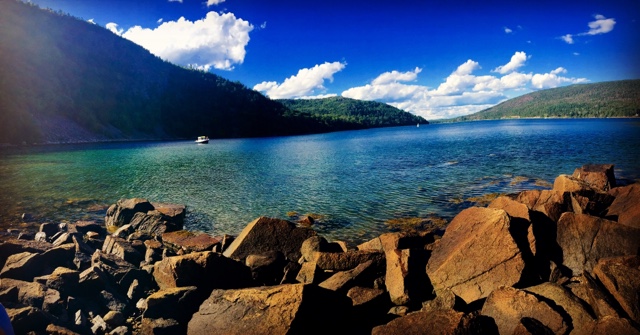 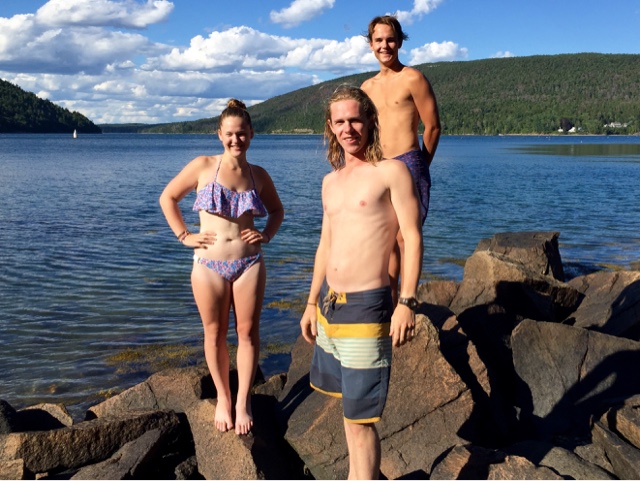 Next up was the harbor right off our deck. The water was tidal so there was quite an ebb and flow with the tide coming in and out. My big toe said the water temp again in the low 60’s. 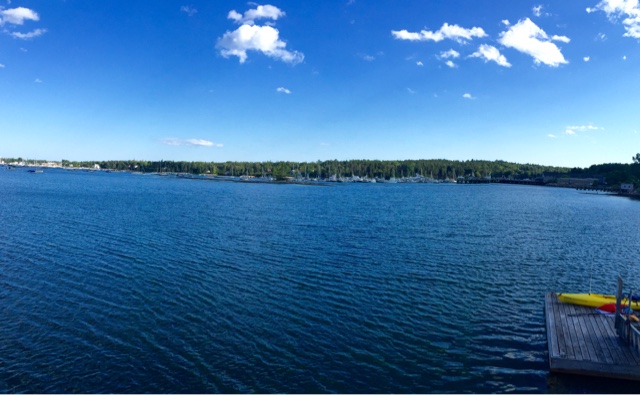 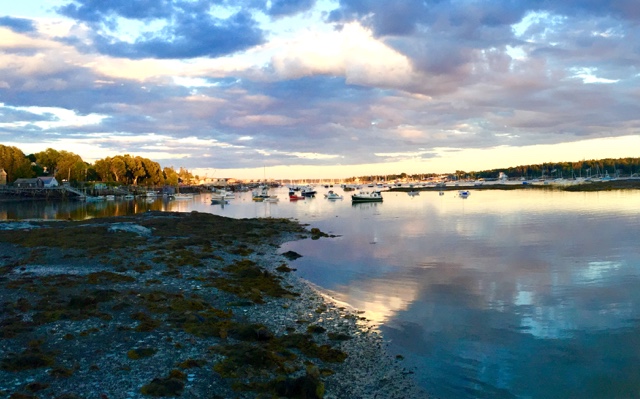 With a couple of salt water swims under my speedo it was time for some freshwater.  Echo Lake was a family beach a short drive from our place in Southwest Harbor. Not sure what the water temp was, maybe mid/high 60’s. Whatever it was it felt really nice and comfortable. 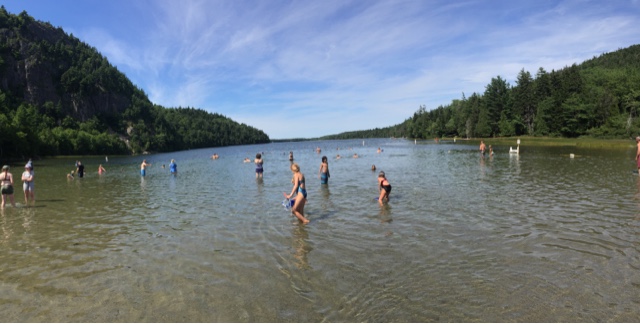 The next fresh water spot was Long Pond where I had a couple sessions. It is anything but a pond~it’s a huge freshwater lake. Long Pond is where Grant trains when in Maine. The water temp so pleasant just like Echo. I did a couple out and backs that just scratched the surface of the pond. Looking forward to swimming more there in the future.

Going back to salt water brought me  deep into Acadia National Park to Sand Beach. After a hot morning hike up the Beehive Trial with Shannon a cool swim was sounding welcome. I didn’t realize how cool it would be though! There was fair number of people on the beach but very people in the water. If they were in it, it was only up to their knees. That’s because according to the sign on the lifeguard tower it said it was only 58 degrees!!! While I only had time to swim about 1000 yards I must say while cool it didn’t feel too, too bad. 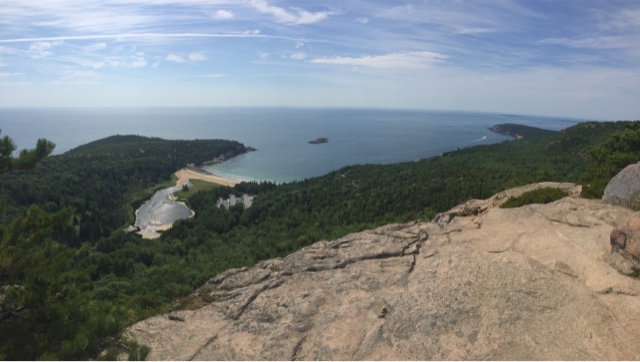 (Sand Beach from the top of Beehive)

Fun times checking out new places to swim and new experiences with the family. Looking forward to going back to MDI in the future. 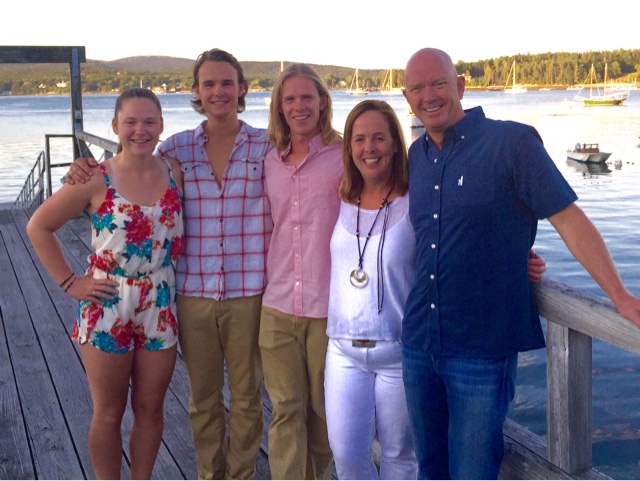 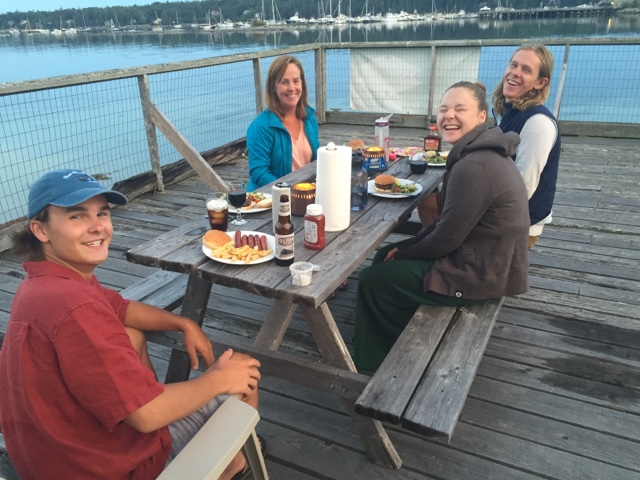 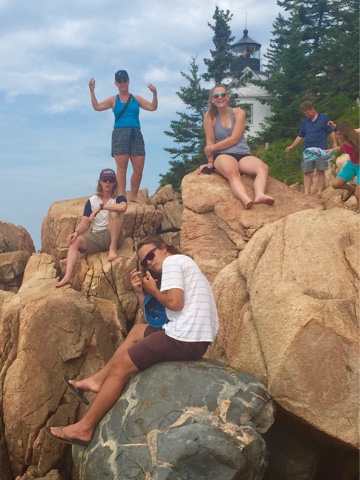