Our friend, open water swim coach and all around Australian English Channel swim goddess, Chloe McCardel spirit was ever present (for a few of us) during Swim Across America’s Boston Harbor Relay yesterday.

SAA has also been the starting point of new friendships for many. Ours relationship started with Chloe McCardel in 2014.  Chloe is a world class marathon swimmer, coach and open water swimming ambassador. She was the coach of our 2014 SAA English Channel relays. SAA’s Boston Harbor swim serves I guess as a bit of a reunion for Rip, Grant and I. While Chloe has clients across the globe we are quite sure we are her favorites in the United States. 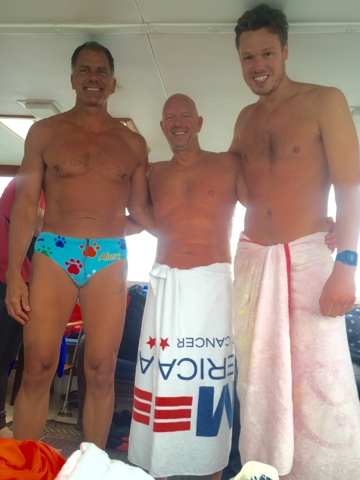 (I should have eaten more veggies as a kid)

The conditions for this years SAA Boston Harbor swim were perfect for followers of Chloe. It was overcast, cloudy and the water was cold–just like the English Channel. Over the course of the day we swam sans wetsuit for roughly two hours with experienced Boston Harbor swimmers and some who were swimming in cold open water was a new experience.  The water was likely in the high 50’s and at one point I heard someone say it was in the mid-50’s.  A good day for cold water acclimatization. 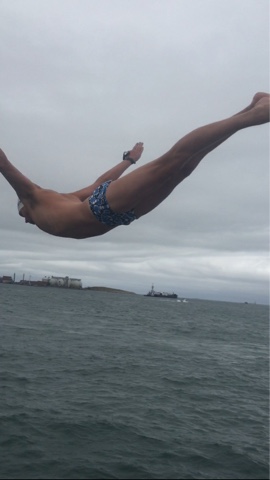 (Grant has subtle entries into the water)

As the sun finally began to peek through the clouds a spontaneous dance party broke out on the bow of the boat.  It was then that we realized that my foot was bleeding.  While I wish I had cut it busting out a dance move I think I actually did it jumping off the boat to swim. Chumming the waters for sharks. 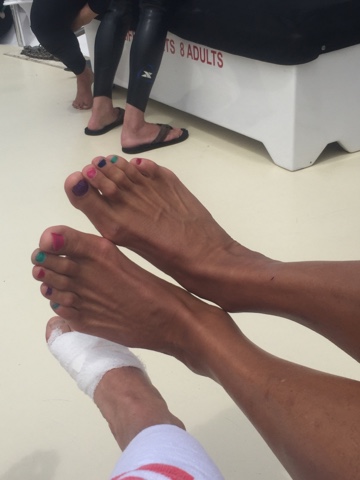 Chloe has swum across the English Channel 13 times. Six solos swims, two double crossings and last year she did a triple crossing. The first triple in 25 years! Last year she also crossed the channel three times in one week. The first time ever in history. This year her goal is to break the long standing Australian English Channel record of 19 lifetime crossings. Earlier this summer she has already crossed three times.  She has four more to go. With her positive personality, determination and hard work I am sure #20 isn’t too far off in the future later this summer. Chloe-thank you for being a motivating force for Rip, Grant and I to try new swims. Go Chloe! 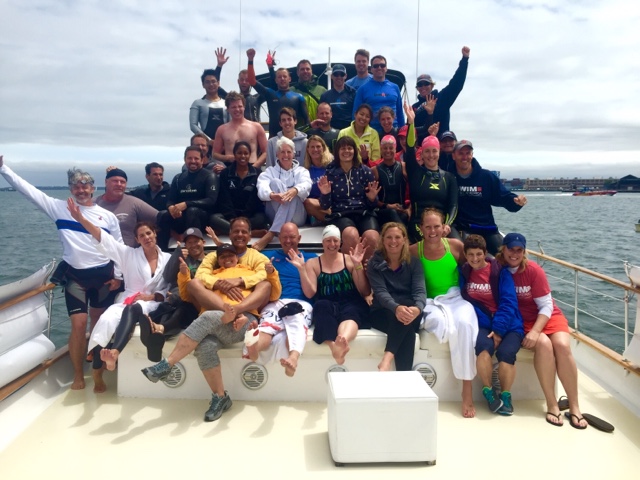 Thank you SAA for all you do in raising money for cancer research and being a place where new friendships happen and dreams unfold. 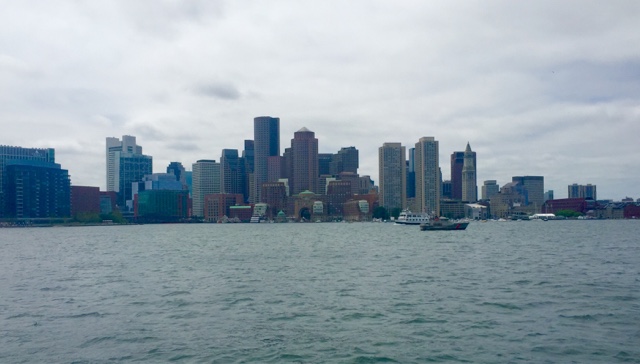