It kinda crept up on me but social media postings would say that the last seven days were quite active for me and open water swimming.

Allow me to quickly recap the week in open water swimming via social media.

On Saturday June 13th it was the Doty Swim in Southie at the L Street Bathhouse. It’s a fun, very low key mile swim to honor Jim Doty (I never met him) a legend in swimming the waters in and around Boston.  It has seemingly become a tradition as I have participated the last three years. The water was a brisk 57 degrees. It took few moments to get use to but once acclimated it was no big deal.

While I knew quite a few people at the event I went with my trusty MIT friends Katie and Josh. Below are two pics taken of us and our “likes” on Facebook. 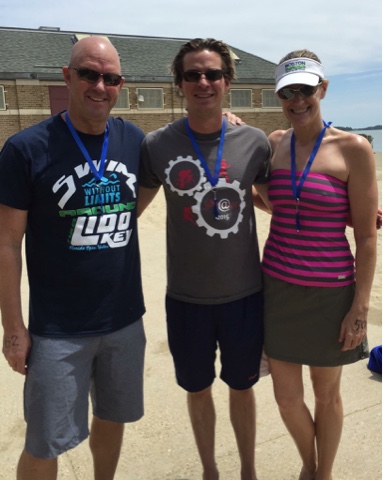 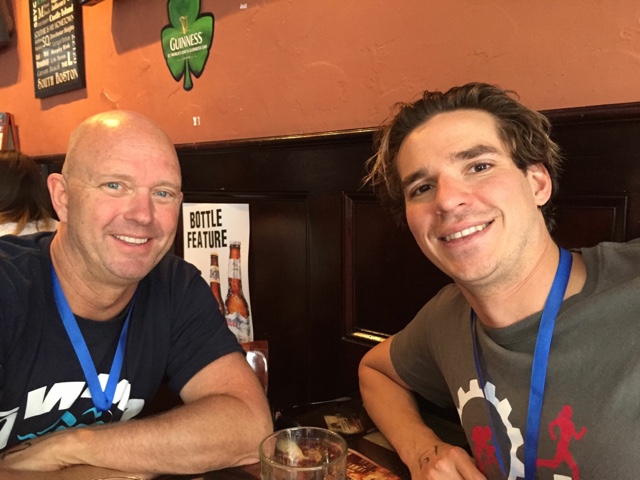 Next up was a quick trip to Compo Beach in Westport on June 15th before a business meeting in Westchester.  It was 50/50 the night before that our morning swim would actually take place as there was a big storm was to hit in the early morning. My intrepid open water friend Andy and I , were the only ones that showed up at beach at 6:00am. I guess the torrential downpour 30 minutes before scared everyone off. The skies were quite threatening and the water was 61 degrees (much better than Southie). We ventured forth anyways made our way out to the white buoys which are well beyond the legal swimming area. When we got to the “whites” we looked back and my friend Trevor from the English Channel swum out to join us.  We swam for nearly 45 minutes. Great morning. 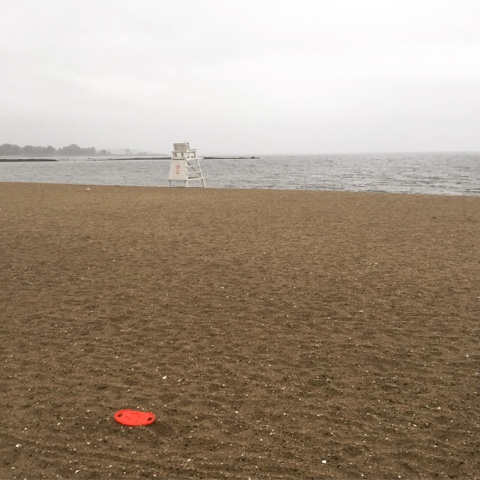 The last open water swim of the week was the Mashpee Super Swim in Johns Pond on Cape Cod. I had never done this swim before but had heard great things about it. I carpooled early in morning with my friends Katie, Elaine and Rachel to Johns Pond. It was shaping up to be a beautiful day and Johns Pond is not a pond but more like a big lake.  I signed up for the 3 mile swim which was three big loops.  The clear water was a very comfortable 68 degrees and I was able to draft off a friends toes for the first lap and a half-very nice.  My time was 1:09:19 which I was generally happy with. It is an average of 1:19 per 100. I think I can improve upon that.

My fellow car poolers are quite adept at photography and social media so there were a lot of pics posted. Below are a handful of the pics taken and posted on Facebook. 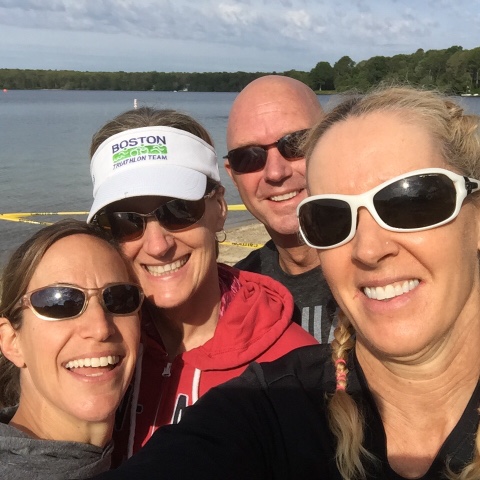 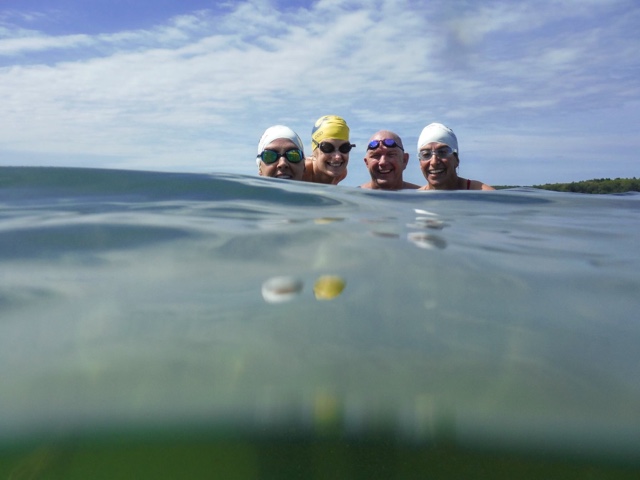 This last picture of me running onto the beach was taken by a friend. There are no “‘likes” for this photo but then of course it was not put on social media! I just like it. 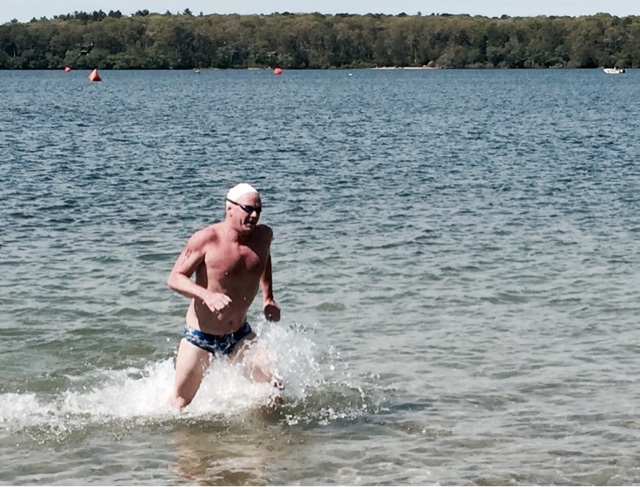 Social media certainly may not be the end all be all, but I have found it quite useful in following my swimming adventures and others across the globe. It is a great source to find new worldwide swims and friends!