Skip to content
The Piscines Bernat Picorell was a big pool to swim in as it was the competition pool for the 1992 Barcelona Olympics. Not often does one have the honor to check that box.  Although I have swum in two in the last 8 months (Los  Angeles).
The day started with a long (5 hour) bike tour of Barcelona with Jonathan, our American guide that has lived in Spain for over five years. It was on Sant Jordi day. He took us all over town from Born, Gothic areas to Barcelonetta and El Raval neighborhoods. The tiny winding alleyways were especially tight because of the holiday. After a lunch of fried sardines and sausage at a local tapas bar  followed by gelato it was time to check out a new part of town the-Olimpic Parc. 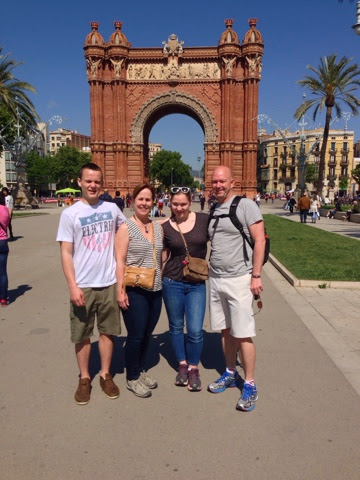 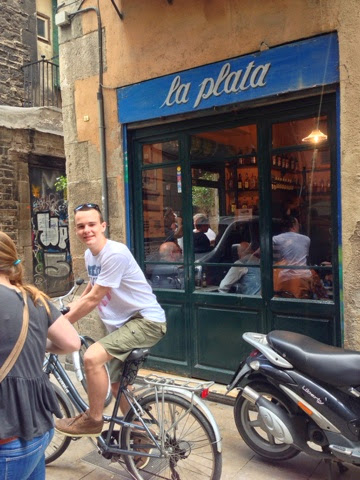 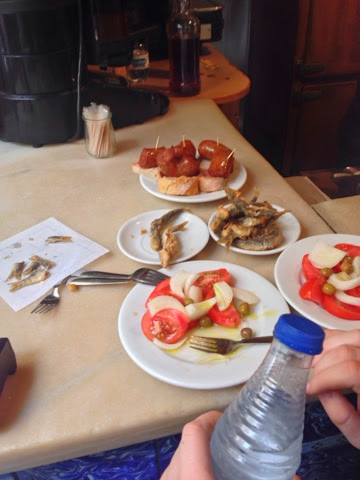 The Olimpic sporting venues took place on top of Montjuic overllooking Barcelona. What made pool #54 particularly fun was that it was a family affair (ex-Ryan). Walking onto the pool deck it was a big open feeling.
We were all suited up and ready to go until Shannon put her feet in the water and it was cold. Not refreshing cold but…cold!  I thought all three were going to walk away. With some encouragemt they all a finally got in first Shannon, then Sean and lastly Courtney.  They all swam 100 meters and the got out. 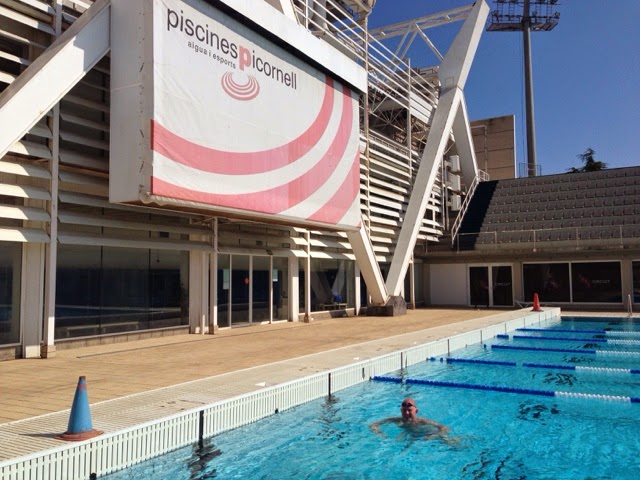 I must admit it took at least a 200m to begin to feel moderately warm.  I swam 1100m and then it was time to get out so as not to keep everyone waiting and it was…cold. 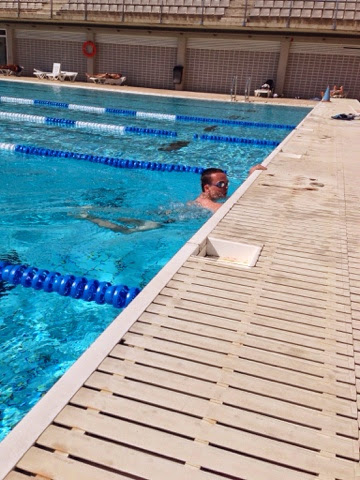 Yes-this was a big swim as it was in the Olimpic piscine but also it was Shannon’s first 50m pool and her first outdoor pool. She did very well despite the cold water. 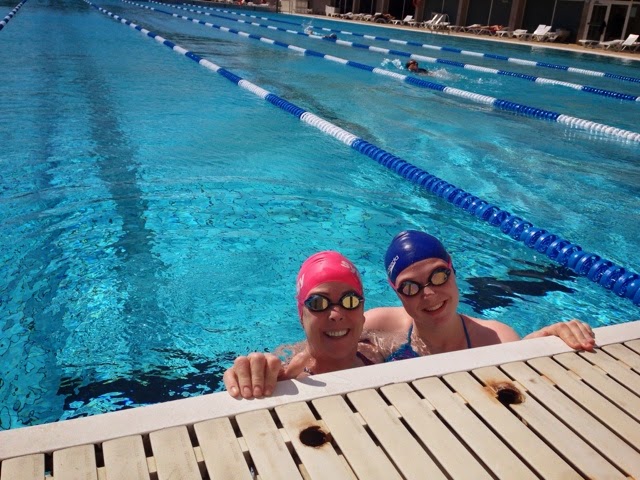 A refreshing and great way to end the day and to prepare for sangria time.
Who knows maybe my next challenge will be to swim in all the Olympic pools since I was born. I’ve already hit three!