It was awesome and fitting that the Westport Family YMCA worked its way into the closing days of this journey.

This is the pool where roughly 13 years ago my passion for swimming and some would say swim fashion was rekindled. When we moved from Chicago to Westport I joined the Y and donned the classic Mark Spitz speedo for my first workout. The pic below is the modern version of the suit from Budgy Smuggler. A classic! 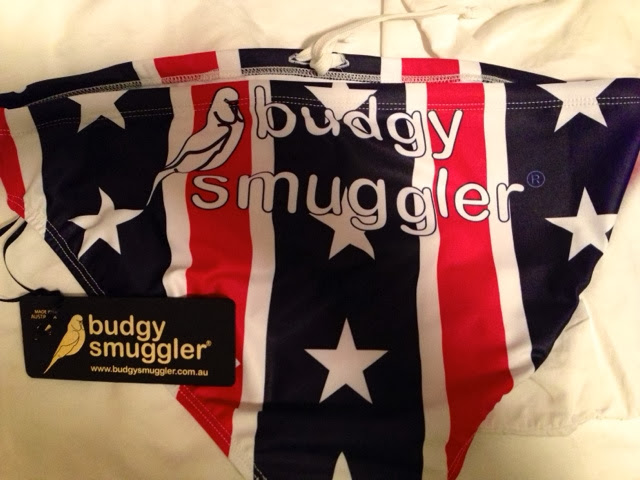 Little did I know that when I started swimming at the Y I would meet some guys (Andy, Mike, Mark, Paul, Clay, etc) that would become great friends and have such an impact on the way I start my mornings. Because of them I started actively swim as regular exercise in the pool, in the open water (Long Island Sound), to biking and to running. Eventually, it morphed into combining all three into triathlons of all distances. While triathlon doesn’t play the role it once (replaced by swimming) did I learned from them; the importance of exercise, having fun, acting like boys, and most importantly building great guy friendships.
While it had been a good number of years since I had been at the Y it hadn’t changed on the outside let alone on the inside. It seemed all the “regulars” from many years past were still showing up in the morning. 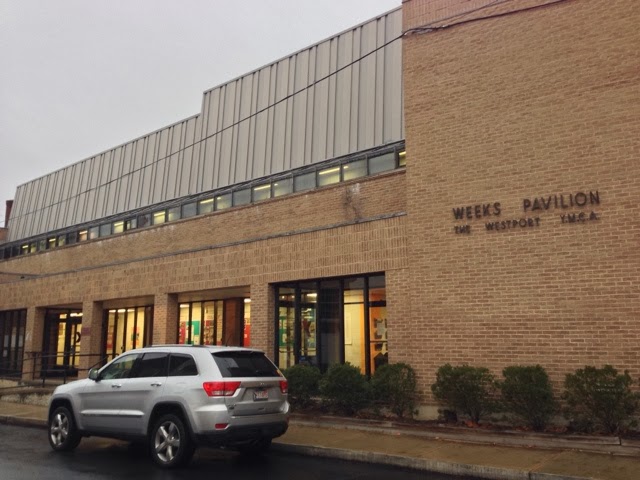 Not all the guys were there for our morning swim but Andy and I had a great swim in the very warm Y pool water. Good memories!
There were a lot of great things about living in Westport for five years but clearly one highlight was the friendships that were created at the Westport Family YMCA.  Pool #47 is a special pool. 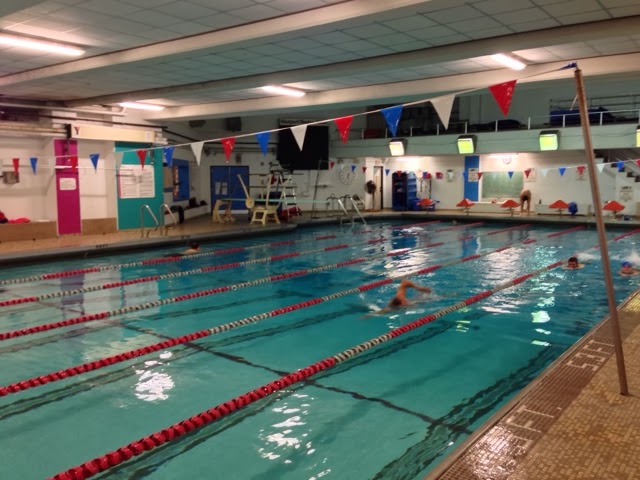 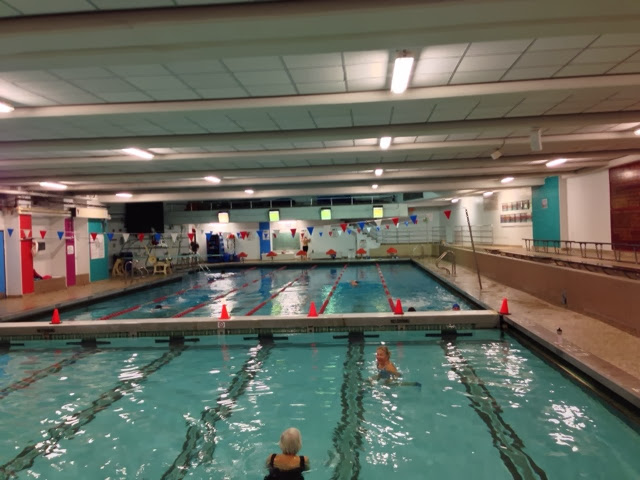