For readers of my last blog on “Fashion Week” don’t let this title Topless & Outdoors get you too excited. I know where some of my (male) readers minds went. This blog is not about topless swimming outdoors. This blogger does not write about such matters.

This blog in many respects kicks off the 2016 outdoor swimming season. On this auspicious Friday I nabbed two outdoor swimming experiences.
First was swimming “topless” at the Wayland Community Pool. The night before they took the bubble (top) off the pool for summer. The pool was officially closed for maintenance work but as Coach Jen has keys she opened the pool for an early morning masters swim. It’s was a chilly morning and there was steam coming off the pool so there was no dawdling on the deck. My new smoked tinted goggles were much needed as the sun was rising to the east. Blue skies, green trees above, a slight nip in the fresh air and the novelty of swimming outdoors made it an awesome way to start the day. Per usual Coach Jen’s workout was interesting, punishing and fun all the same time! 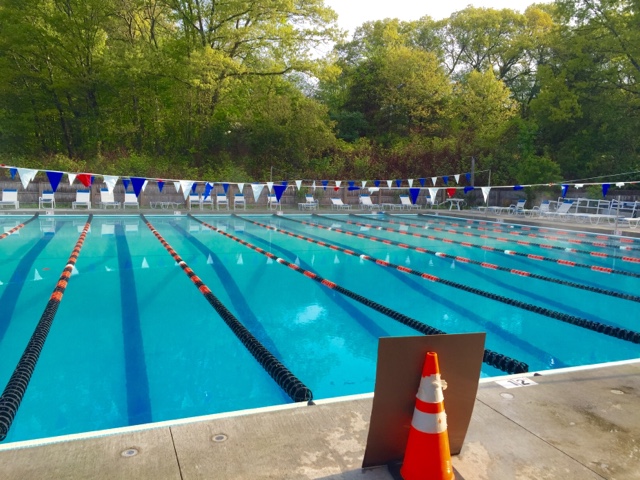 The second “outdoor” swimming experience happened later that afternoon at Lake Cohicuate in Wayland. It was going be to be my first open water swim of the season. Who better to inaugurate the season than taking a dip with New England open water swimmer extraordinaire Elaine H. With Gibraltar fast approaching I have been a bit concerned that I haven’t been in any cool open water (my cold showers don’t count) effectively since last season. Currenlty, the temp in The Strait is around 65 degrees so anything between 60-65 degrees would do. Lake Cohicuate didn’t disappoint. A couple of days of sunshine warmed the lake up (according to Elaine’s big toe) to just above 60 degrees. Perfect! 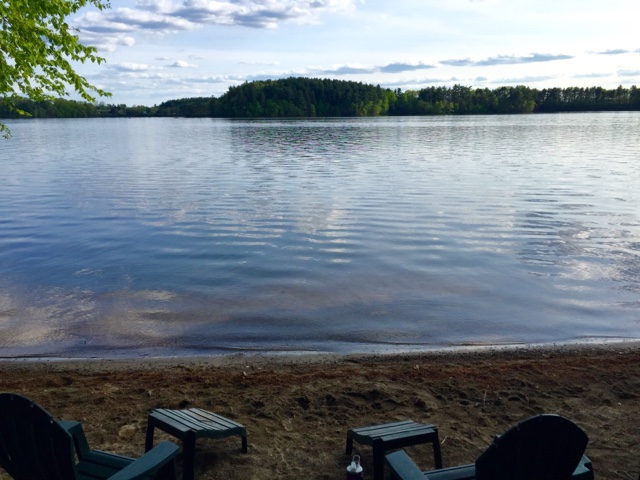 Wading very slowly into the water and a loud yelp made getting into the water somewhat easier. Elaine was the tour guide stopping a various sighting points and landmarks such as; Rocky, Pebble, Sax Beach (don’t go there reader) and Deadfish. It was a nice leisurely swim with cool patches along the way. More importantly good conversation and the silent communication that takes place with swimming friends in open water and in pool water.
Today was a great day to start the weekend and the Topless & Outdoor swimming season!
For those readers that were looking for something a little more with “topless swimming” I will leave you with this. 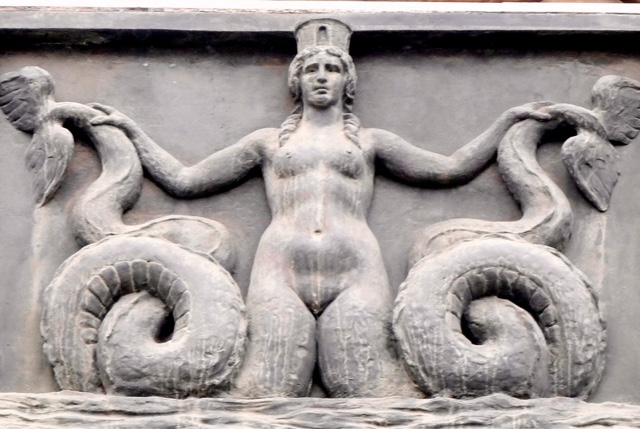