The really weird thing is I was in both cities this week and swam in two new pools. First Portland (blogpost 10/12/15) and then Austin. I had never been to Austin before but everyone you talk to gives it rave reviews.  It was a quick business trip so there wasn’t any really time for sightseeing but I did accomplish two important things; live music on 6th Street and dip in the renowned Barton Springs Pool.

This huge natural pool is fed by springs that pump in 27 million gallons of water daily and is set in Zilker Park just west of downtown a little bit.  The green grassy hills gently slope to a very long and fairly wide pool that is suppose to be three acres in size. It was a hot day when I was there so their were lots of people swimming in the water and hanging out on the hillside. I swam an easy four laps up and back before taking a short nap on the grass. 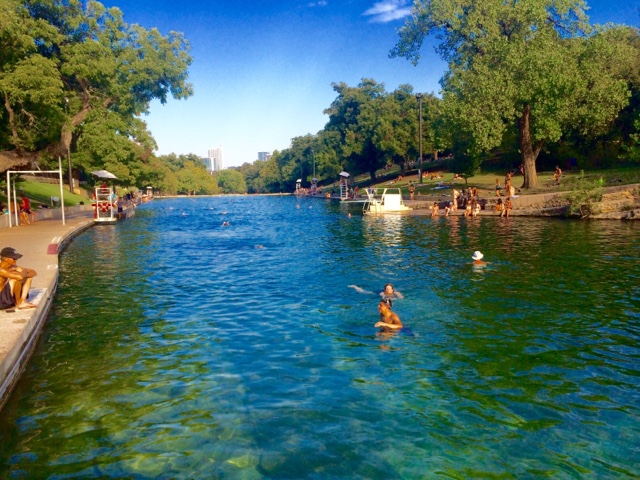 The men’s locker and changing room was  great. It was a big open aired landscaped courtyard with benches along the sides and showers in the middle. I would love it if the weather in Boston would allow for outdoor showers like this at MIT. It feels decadent to be showering and changing naked outside. It’s kinda like showering outdoors on Nantucket. 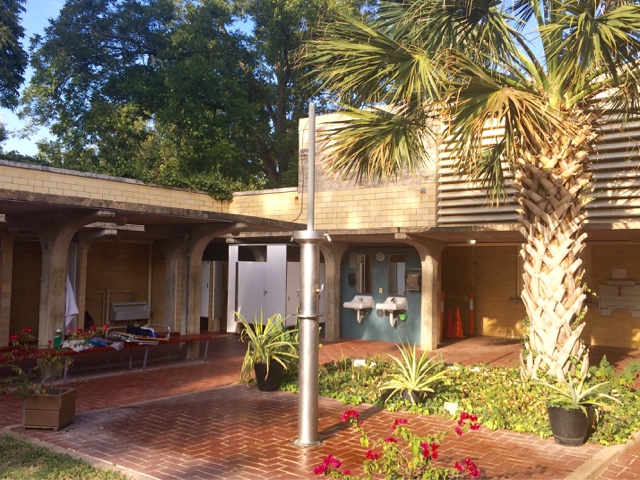 I wouldn’t call the pool weird. The whole setting was just a very cool and unique vibe. 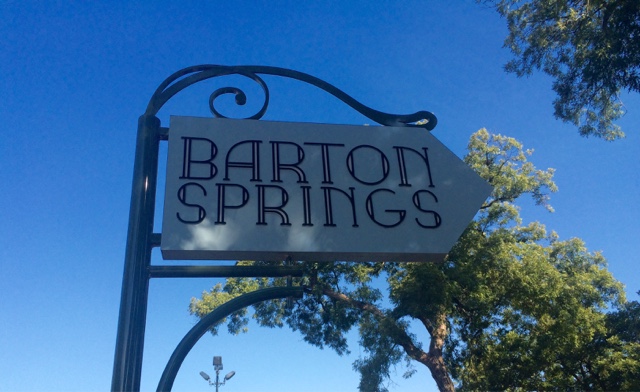 What really confirms that both cities are on the same hip wave length is they both have Voodoo Donut stores. It’s not just coincidental-it’s weird.
What are the odds of going to these two weird cities in the same week again? Weirdly, low I’d say. 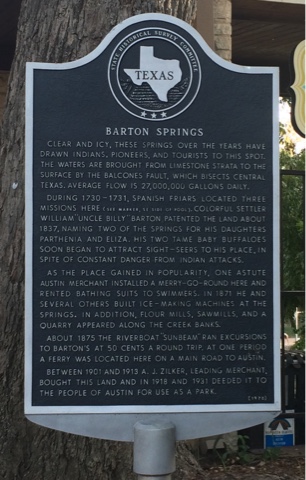