Skip to content
Fun day today swimming in the 2nd annual Boston Sharkfest Swim with my friends Rachel and Tucker.
It was a 1500 meter swim from East Boston boat marina to the Moakley Courthouse by Fan Pier.  It was suppose to be a nice warm day but during registration and before the swim it felt like it clouded up and turned a bit cool. The water was in the low 60’s.
Tucker and I started in the first wave and Rachel was forced to swim in the second wave as she walked down the gangway. Tucker and I swam in the non-wetsuit division and as always the anticipation of jumping in cold water was much worse than the act itself. It took a few minutes to get use to the water temp and a bit longer than that to get out of the scrum of people. I got thrashed around a bit more than normal at the start. Unusually, it took quite sometime to settle in and get some semblance of a rhythm. Maybe it was the water as it turned a bit choppy or maybe it was just me. I guess the last third was a bit better in the water but I didn’t have it in me to really sprint hard at the end. Near the end Rachel spotted my stroke and we touched the wall basically at the same time. Her net time was faster as she started in wave two.
Tucker was spotted on shore all bundled up and shivering. It was his first race without a wetsuit and by the sounds of it maybe his last. I know he was just talking crazy and will do it again-sans wetsuit. Rachel and my times for reason didn’t post accurately so we had some scurrying around to resolve our dilemma. It was good to do it together.
Dilemma resolved for Rachel and Bob–2nd place podium finishes in both our divisions!!!
Congrats Rachel and Tucker. Looking forward to next year. 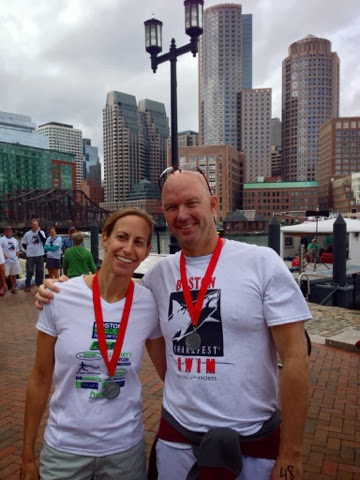 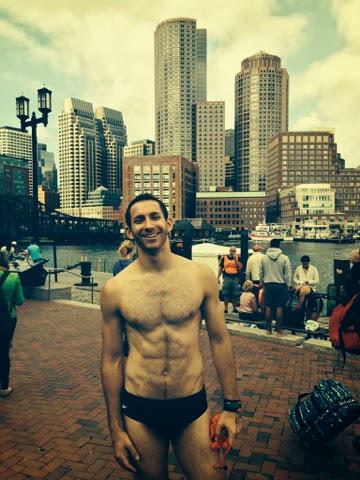 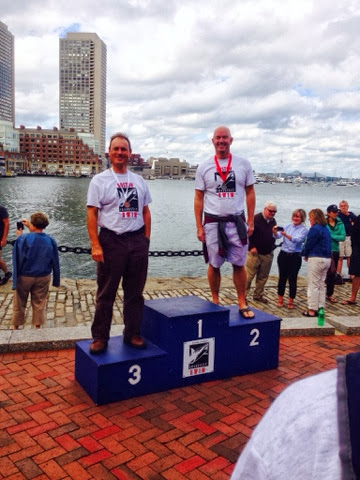